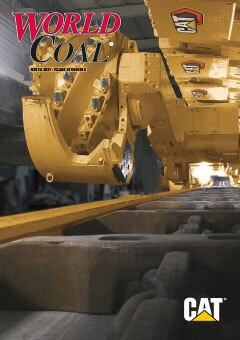 COP26 – the 26th United Nations Climate Change conference – was recently held at the SEC Centre in Glasgow, Scotland, UK, from 31 October – 13 November 2021. It appears set to go down in history as a milestone event of the early 21st century fight against climate change, albeit with a variety of different connotations and points of significance attached to it. Indeed, the UK Prime Minister, Boris Johnson, has called the Glasgow climate deal a “game-changing agreement”, whereas critics argue that the deal does not go far enough and will not meet the key summit goal of limiting global warming to 1.5°C by the end of the century.1

With regards to the global coal industry, it has become apparent that, on one hand, many around the world, including Prime Minister Johnson, view the commitments made by major players at COP26 as yet more nails in its coffin – the publication of a ‘Global Coal to Clean Power Transition Statement’ by 52 nations, five sub-nationals, and 26 other organisations being hailed as one of the largest.1, 2 However, if one takes the time to dig (or mine) beneath the surface layers of these commitments, it is clear there is still life in coal yet.

For example, as has been noted by Prakash Sharma, Wood Mackenzie’s Asia Pacific Head of Markets and Transitions, “China and India insisted the wording of the final text [of the COP26 climate deal] was amended to ‘phase down’ rather than ‘phase out’ coal-fired power”.3 This subtle, but nonetheless critical, change in semantics will mean all the difference to the coal industry moving forward. As is emphasised by Sharma in Wood Mackenzie’s ‘COP26 key takeaways’, this change in wording concedes the reality that, at present, as well as in the near-to-medium future, the aim of some countries will remain energy supply security, rather than environmental goals, “at least until other clean baseload supply options are commercially available at the scale that’s needed to replace coal in power generation”.3

Scharma’s points regarding viability in relation to commercial availability and scale, are particularly poignant, and will no doubt be music to the ears of major coal players. The need for a properly staged and considered transition from coal to renewables is being made ever clearer, fuelled by the fact that the current availability of renewables and transition energy sources makes the immediate cessation of coal production and coal-fired power generation a highly impractical course of action. In the words of Ian Macfarlane, Queensland Resources Council Chief Executive, “the world needs [coal] more than ever to support the transition to a cleaner, greener, and more sustainable future”.4

With the ‘death of coal’ postponed for a little while yet, I would like to invite you to enjoy this latest issue of World Coal magazine, which features a regional report from the International Centre for Sustainable Carbon on Eastern Europe, and a range of technical articles on roof bolting & bolter miners; truck & shovel mining; drill & blast; IPCC & surface miners; conveyors & dust control; washing, cleaning & separation; longwall mining; and domes & silos.