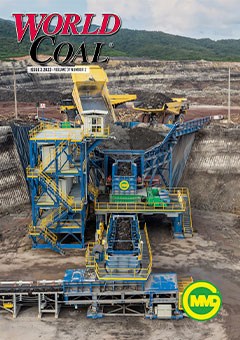 The first quarter of 2022 has been a real rollercoaster for the coal industry. On one hand, there have been lingering positive effects from the strong coal demand that highlighted the end of 2021 – some regions recorded significant upticks in demand, fuelled by the global economic recovery from COVID-19 as well as seasonal impacts on energy supplies.1 While on the other hand, having been brought to the boil by the 2021 United Nations Climate Change Conference (COP26), concerns about climate change continue to be a hot topic of discussion. Now as we move deeper into spring and 2Q22, further twists and turns are presenting themselves.

According to Rystad Energy, coal prices soared this March, to the extent that 200 year highs have been surpassed – data shows that prices reached US$462/t on 10 March 2022, up from US$186/t on 23 February 2022, with Rystad research suggesting that the US$500/t threshold could be crossed later this year.2Of course, the primary cause of this increase has been the war in Ukraine and the subsequent imposition of “unprecedented” economic sanctions on Russia, which have thrown the global energy market into chaos.3 The implications of price increases across the energy industry have led to many serious questions being asked, with debates such as ‘climate ambitions vs keeping the lights on’ taking centre stage.3

The necessity of meeting energy demand in the face of widespread shortages has, at least in the short-term, swung the winds of change strongly in favour of the coal industry. As Al Jazeera reported on 25 March, “though Western sanctions have not yet directly targeted Russian oil, coal or gas, the European Union (EU) has announced plans to end its energy reliance on Russia”.3 This decision by the EU to sever its ties with Russian-produced energy on a short timeline created a large energy supply void that needed to be filled in a hurry: enter coal.

While natural gas, largely in the form of LNG, has picked up a lot of the slack in European energy supply – the EU just recently signed an agreement with the US for 15 billion m3 of LNG to be supplied by the end of 20224 – coal has also had an important part to play. According to The Wall Street Journal (TWSJ), shortly after Russian troops crossed the Ukrainian border, several European countries, including Poland, Italy and Germany, were already making plans for coal to replace supplies that had previously been sourced from Russia.5As noted by TWSJ, one of the biggest advantages of coal over gas in this instance is the ability of power plants to switch from natural gas to coal at short notice.5 While it can take time for LNG to be sourced and delivered, coal-power offers a solution that can be implemented post-haste.

From a broad perspective of recent events, this latest European energy crisis can be viewed as a microcosm of the global energy transition at large. The switch from one energy source to another, be it fossil fuels to renewables or Russian pipeline gas to US LNG, cannot be achieved overnight; a transition period is essential. This once again illustrates coal’s value as a transition fuel. Almost inevitably, one day other sources of energy, likely renewable, will take over the task of meeting the world’s ever-increasing demands for energy from fossil fuels. However, today is not that day.