Armstrong Energy was formed in 2006 and, in 2007, they began making preparations and buying equipment to facilitate their planned operations in western Kentucky. Through Armstrong Energy’s wholly-owned subsidiary, Armstrong Coal, they have grown into a leading producer of thermal coal in the Illinois Basin region. Today, Armstrong Coal controls more than 300 million t of proven and probable coal reserves in western Kentucky and produces approximately 9.5 million tpy of coal from three surface mines and three underground mines.

“We were in need of a system that would size the coal consistently to spec and separate out the quality coal from the unusable rock and other material,” said Sonnie Baird, Director of Coal Preparation for the coal miner. “Rocks and timbers getting into the system can cause downtime and wear and tear on the machines. The system had to be high-efficiency and low-maintenance as we run all day every day.”

Dust was another big concern. Coal mining generates dust, which can build up on the ground and damage the equipment. It can also be unsafe for workers and is regulated by strict environmental laws.

To find a solution to these specific challenges, Armstrong Coal reached out to McLanahan for a recommendation regarding the best equipment to process the different seams of coal mined at its sites. McLanahan Regional Sales Manager, Scott Burns, teamed up with Terry Jones, Branch Manager for Belt Tech – the McLanahan representative in that region.

“Through Terry, we studied the situation and reviewed our equipment options,” Burns said. “For efficiency, safety, low maintenance and minimal downtime, we recommended our rotary breakers, which Armstrong Coal put into operation in 2009.” 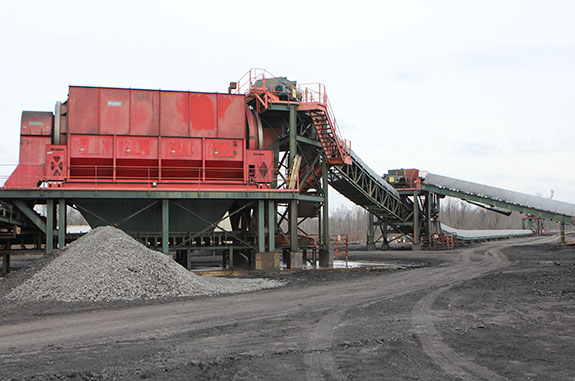 
A rotary breaker achieves reduction by repeatedly lifting the feed material and dropping it against perforated screen plates. The lifting and dropping crushes soft to medium-hard coal, which then passes through the screen openings into the discharge chute and onto the conveyor system below. This effectively separates the valuable coal from other material like rock, mine timbers or tramp iron.

For the three mine sites, Burns and Jones helped select the following:

Burns said the equipment performs a couple of key functions at Armstrong Coal. “A rotary breaker not only quickly and cost-effectively reduces the coal it’s fed, it also scalps off any undesirable material from the coal, like rock or mining timbers, that might wreak havoc down the line in processing the coal at the preparation plant.”

Burns also noted that other crushers simply reduce the entire feed and pass it on to the preparation plant, where separation is more difficult and can also increase the amount of wear and tear on the plant’s equipment.

Armstrong Coal's officials say they are pleased with the performance of the rotary breakers. “McLanahan has been very good to work with,” said Baird. “The breakers run 24 hours a day, seven days a week. They size the coal and hold the dust down; they do their job very efficiently.”

The Armstrong Coal dock facility location features a 116 acre preparation site and a 90 acre refuge area. Baird said with the help of McLanahan, the preparation plant runs 362 days a year, with a throughput capacity of 1200 tph of raw coal and the ability to blend up to five types of coal using a nuclear analyser. The loading facility is capable of loading 2500 tph onto barges on the Green River.

“Coal is vital to the future of this country, and it’s burning cleaner than ever,” said Baird. “It burns about 90% cleaner than it did 30 years ago, which I don’t think people understand. The price of coal is going down, so we have to consistently work more efficiently at our site. McLanahan’s equipment helps us do that.”

Armstrong Coal finds the cost of running the rotary breaker is small compared to the overall expenses in running the operation. “Our McLanahan breaker is one of the most efficient pieces of equipment we have on this site,” continued Baird. “We have very little upkeep on it – we put the coal in it and it spits the rock out one end and the coal out the other end. Very efficient.”

Another benefit of the rotary breaker is that it runs more quietly and more smoothly than other breakers. The breaker’s cylinder is machined in one set-up on a large lathe. The machining process assures that the cylinder is concentric and wears evenly, reducing bearing maintenance, extending the machine’s life and lowering the cost per tonne produced.

Baird said in addition to the products McLanahan offers, he also enjoys the attention to customer service he gets from the team of Burns at McLanahan and Jones at Belt Tech.

“McLanahan has been very good to work with,” said Baird. “From their salespeople to their technicians, they’re responsive. We call and they come in a timely manner. They did help us get one issue resolved right away and we haven’t had any problems at all with them.”

Belt Tech’s Jones feels it is McLanahan’s commitment to quality and long-term thinking that helps it succeed in the Illinois Basin. Rather than just sell a piece of equipment to a customer, he and Burns look to be there for the customer over the long term.

“Both Belt Tech and McLanahan feel that relationships are key, and going forward that’s how our businesses have been,” said Jones. “We’re in it for the long haul, and we don’t do things for a one-year stint. We want our customers to know we’ll be with them for whatever they need.”

Written by Andrea Ritchey. Edited by Jonathan Rowland. This article first appeared in the January 2015 issue of World Coal.

About the author: Andrea Ritchey is a Marketing Communications Specialist at McLanahan.

Read the article online at: https://www.worldcoal.com/special-reports/19012015/reviving-old-coal-mines-with-mclanahan-rotary-breakers-coal1760/

Armstrong Energy announced a loss of US$7.8 million despite an increase in coal sales revenues. 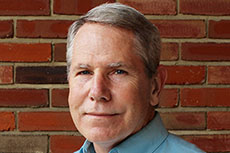 US manufacturer of coal preparation solutions, McLanahan, has appointed Mark Slonaker as its first vice president of manufacturing.

The McLanahan team exhibiting at Coal Prep 2014 discuss some of the challenges faced by the coal mining industry in the US and Australia.

Sean McLanahan has been appointed CEO of McLanahan, representing the sixth generation of family ownership.