In the US in 2010, the Mine Safety and Health Administration (MSHA) proposed lowering acceptable levels of respirable dust in underground coal mines and monitoring exposure to respirable dust via personal dust monitors and a strict sampling protocol in an effort to decrease the incidence of black lung disease among mining personnel. After years of public commentary, delays and adjustments, the new regulations were finalised in May 2014, with full compliance required by 1 August 2016. The new rule lowers the acceptable level of respirable dust from 2.0 mg/m3 to 1.5 mg/m3 and requires a significant increase in sampling frequency.

During 2013, MSHA collected just over 1000 air samples from longwall mines in the US. Regionally, Central Appalachia is likely to be affected most by the new rule due to the number of air samples found there to exceed the 2013 limit of 2.0 mg/m³.

Given the limiting effect of current market conditions on CAPEX and the need for rapid implementation, coal producers have focused their efforts to lower respirable dust levels on a combination of internally-engineered, low-cost solutions. These low-cost solutions begin with simple measures like keeping roadways cleaner by limiting travel during production; applying water to roadways; and avoiding dust generation within intakes.

Another common fix is to keep longwall drum bits sharper (whether by purchasing longer-life bits, engaging in more regular maintenance or both), thereby generating less dust.

A third low-cost solution is to initially focus respirable dust reduction efforts on the mine personnel likely to be subject to the highest concentration of respirable dust. Of the three longwall-specific job categories detailed in MSHA’s quantitative risk assessment (headgate operators, tailgate operators and jacksetters), operators in the tailgate were identified as being the most exposed to elevated dust levels, as ventilation requirements force the air flow toward the tailgate. MSHA suggested various respirable dust reduction methods, including additional water sprays, increased spray flow rates, larger spraying orifices, additional exhaust fans, headgate shield deflectors and scrubbers.

The foregoing low-cost fixes and MSHA-suggested approaches may be sufficient to meet the immediate challenge posed by the new MSHA respirable dust regulations. However, the need to employ multiple solutions can present serious limitations. Constantly monitoring and adjusting a combination of respirable dust control solutions is costly and time-consuming. The efficacy of such combined solutions is likely to be further tested as ongoing advances in productivity allow underground coal mine operators to cut ever-increasing tons of coal.

As part of its support of its longwall customers, Joy Global uses computational fluid dynamics to analyse spray placements and flow rates, with up to 500 gal./min. of spray applied to dust hood, scrubber, crusher, maingate corner, shearer, drum, powered roof supports and top deck surfaces. But the company is also approaching the problem from a different angle: moving operators away from the coal face where the longwall equipment is located.

Recent advances in longwall technology have increased the ability of underground coal mine operators to move mining personnel further from the face – and thus away from the dust. For example, a key component of Joy Global’s newest longwall system is the Remote Operations Center (ROC). Using the Faceboss control system, the ROC enables a longwall operator to move away from the face but still supervise the entire longwall operation.

Ultimately, the greatest potential for limiting miners’ exposure to dust will come from full longwall automation. Technology like the ROC is a key step along this road – and a powerful tool in removing miners from one of the inherent risks of underground coal mining today.

PLUSH, B., REN, T. and AZIZ, N., “A critical evaluation of dust sampling methodologies in Longwall Mining in Australia and the USA”, presentation given at the 12th Coal Operators’ Conference, University of Wollongong and the Australasian Institute of Mining and Metallurgy (2012).

Written by Jim Haughey. Edited by Jonathan Rowland. This article first appeared in the January 2015 issue of World Coal.

About the author: Jim Haughey is a Product Manager at Joy Global, where he drives AFC and shearer developments to address longwall mining’s toughest challenges.

Read the article online at: https://www.worldcoal.com/special-reports/19012015/controlling-coal-dust-in-longwall-mines-jim-haughey-joy-global-coal1756/

Conflow has supplied dust and fire suppression systems to a Colombian metallurgical coal mine.

The US MSHA has released new rules for reducing miners’ exposure to coal dust in underground and opencast coal mines. 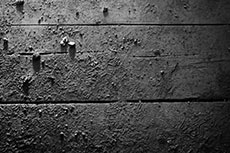 Irwin Mine and Tunneling Supply has purchased TDT, the manufacturer of portable rock dusters and belt clamps.