Caterpillar has hit the milestone of 2 billion t hauled using Cat® MineStar™ Command for hauling. The company has doubled the amount hauled in the 16 months since reaching 1 billon t hauled in November 2018. 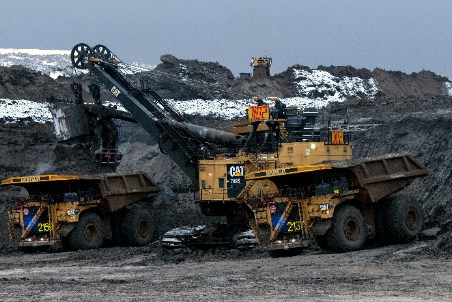 Since commercially launching Command for hauling in 2013, the company has improved the speed of implementation. “We’re launching Command on more sites and implementing it more quickly, so more of our customers can experience the safety and productivity gains that autonomous hauling delivers,” said McGinnis.

McGinnis credits input from Caterpillar customers for the success of Command for hauling. “One of the reasons that Caterpillar has been so successful in expanding Command and delivering results is because we listen to and partner with our customers. They identify features, functionality, and even the autonomous truck models they need for their operations.”

To date, the company has 276 autonomous trucks in operation and counting. “The push toward autonomous mining doesn’t show any signs of slowing,” said McGinnis. “We have projects in the works with a number of large mining companies either looking to expand their current autonomous haulage operations or implement new ones.”

The company’s autonomous fleet is made up of Cat 789D, 793D, 793F and 797F trucks, as well as a fleet of Komatsu 930Es. The Cat 794 AC electric-drive autonomous truck will be ready for autonomous haulage later this year. Command equipped trucks have driven over 67.6 million km without a lost-time injury.

“Command for hauling has proven its value to mining customers,” said McGinnis. “That value is reflected in the rate at which the Cat autonomous fleet achieved this milestone. The fleet is growing quickly and production continues to climb as mining companies benefit from greater truck productivity, increased truck utilisation, consistent truck operation and reduced costs.”

Read the article online at: https://www.worldcoal.com/product-news/30042020/caterpillar-hits-2-billion-t-hauled-with-autonomous-trucks-system/