Since the Baltic Dry Index (BDI) dropped in January, the average has been at 576 for the following four months. However, on 24 June, it has seen an increase to 829.

According to data from Commodore Research, the fixtures for Chinese iron ore reached a new high in May. This largely came from China’s main supplier Australia and also was a result of an increased level of shipments to Brazil.

Chief Shipping Analyst at BIMCO, Peter Sand, said: “We have seen the BDI constantly go higher since end-May. Chinese iron ore fixtures has been on a slow but rising trend throughout the year, so what we are seeing now has been long coming. But this is not all about the demand side, the lift would not have been possible without the support coming from a decreasing capesize fleet size. Since we entered into 2015, the capesize fleet is now short of 22 ships – equal to a drop in capacity of 0.7%.” 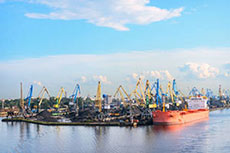 The demolition market for dry bulk shipping has down record growth this year, according to BIMCO, with capesize scrapping rates already beating last year’s total. 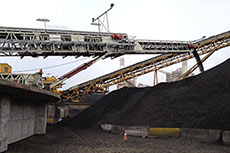 The completion date of a coal terminal in Russia has been set by JSC Vostochny Port for 2016.

Coal stockpiles at Indian power plants have reached their lowest levels since February 2013.