The Longview coal-fired power plant in West Virginia has named Emerson Process Management as the main automation contractor to replace the existing plant controls and I/O. 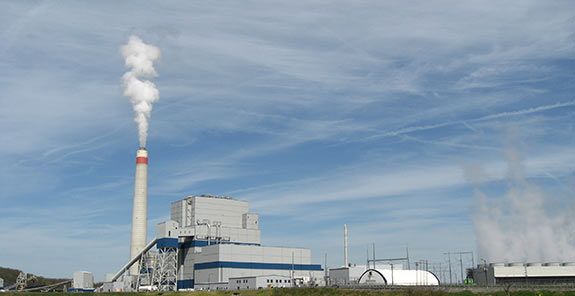 Emerson has been named the main automation contractor for a comprehensive, fast-track controls replacement project at Longview coal-fired power plant. Under the contract, Emerson will remove the existing plant controls and I/O, and engineer and install its Ovation control technology.

The 695 MW power plant was commissioned in 2011 and supplies power to the Morgantown area. However, since its commissioning, the plant has suffered frequent plant trips that have weakened plant reliability. Under the contract, Emerson will replace the Siemens T3000 system that currently controls the Foster-Wheeler boiler, Siemens turbine, air quality control system, burner management and other balance-of-plant equipment and processes with its Ovation control technology.

“This is our first collaboration with Emerson,” said Stephen Nelson, senior vice president – plant rehabilitation at Longview Power. “We based our decision on their experience managing large, complex projects, successful track record automating supercritical units and ability to be an open and responsive partner.”

Another critical consideration, according to Nelson, was Emerson’s ability to complete the project in an accelerated 13 month timeframe, with commissioning slated for June 2015. Projects of similar scope and complexity typically take 18 to 24 months to complete.

Integrating both boiler and turbine on a single platform is expected to stabilize the plant and enhanve reliability, allowing Longview Power to bid into the regional grid operator’s ancilliary services market for such functions as automatic generation control and synchronised reserve, making it possible to capture additional revenue.

Emerson will also provide HART® smart instrumentation, including its Fisher® FIELDVUE™ digital valve aontrollers, Rosemount guided wave transmitters and a number of wireless devices – all of which are inherently compatible with Ovation I/O, according to the company. Using AMS Suite predictive maintenance software, the plant’s limited staff will be able to easily diagnose, maintain and troubleshoot plant equipment and processes.

“The tighter control provided by Ovation technology can help customers like Longview Power run their plants reliably and efficiently, and capitalise on the economic and environmental advantages these units offer,” Bob Yeager, president of Emerson Process Management’s Power & Water Solutions. “We look forward to working alongside them as they fulfill their objective of enhancing the electricity infrastructure in the region.”

Read the article online at: https://www.worldcoal.com/power/10092014/world-coal-longview-chooses-emerson-for-plant-control-1310/ 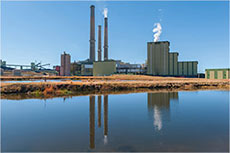 Emerson has been awarded a contract to engineer and install its Ovation control system at the Craig power station in Colorado.

Emerson and Mitsubishi Power Systems Americas have extended their alliance for turbine retrofit projects in the Americas.