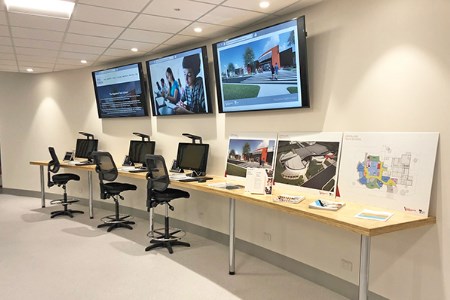 Students from the school have been coming up with their own ideas about how the Hazelwood coal mine should look after rehabilitation operations. Some used Lego to create a model of a lake, surrounded by recreational features and a hotel.

Another work in progress suggested a lake surrounded by a skateboard park and a rally car track. There was even a design for a hydropower plant on the site.

The students and teacher Ian Anderson had also listed some interesting facts about the Hazelwood coal mine on a wall. For instance, do you know how many tennis balls would fit into the open cut? Exactly 4 698 410 000 000 – that is enough to supply the Australian Open for more than 100 million years.

Read the article online at: https://www.worldcoal.com/power/01052018/students-consider-outcomes-for-the-hazelwood-coal-mine-rehabilitation-project/