Peabody Energy has announced that the new Executive Vice President and Chief Financial Officer is Amy Schwetz. She will replace Michael Crews, who plans to step down by the end of July.

"Amy is a skilled financial veteran and recognised leader within Peabody and it is my pleasure to name her as our next Chief Financial Officer," said President and Chief Executive Officer, Glenn Kellow. "We thank Mike for his role in Peabody's international expansion and growth and look forward to Amy's leadership as we heighten our emphasis on key areas of business improvement."

Read the article online at: https://www.worldcoal.com/mining/02072015/peabody-appoints-new-executive-vice-president-and-chief-financial-officer-2500/

The US Supreme Court’s decision to rule the US Environmental Protection Agency’s refusal to consider costs of power plants when regulating plants as unreasonable has been met with praise.

The Callide Oxyfuel project in Central Queensland has reached its targets. It achieved 14 815 generation hr, operated in oxyfuel combustion mode for 10 268 hr with 5661 hr of industrial operation of the carbon capture plant. 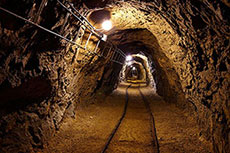 Peabody Energy has announced it plans to lay off about 250 employees and close offices in order to lower costs.