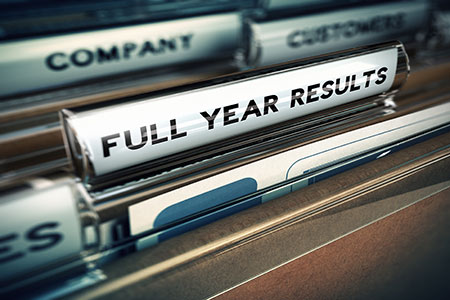 Fuganto Widjaja, Executive Chairman of GEAR, said: “FY20 was a transformational year for GEAR, characterised by corporate actions which enabled the group to further diversify into metallurgical coal and gold. The strategic increase in stake of Stanmore Coal and acquisition of Ravenswood Gold evolved out of rational forecasts of long-term business prospects and their valuations in recent times when we had opportunities to invest. Last year was a turning point as we rode the peaks and troughs of the markets, realising investment gains and securing other strategic investments which put us in good stead for the long term.”

“Today, the logic behind our diversified business model is simple and compelling – we produce resources which are not only essential, but also have distinct financial and cyclical characteristics and needs. Our fundamental strength comes from the geographically diversified nature of our various operating units and product portfolio. This balance steadies us not only for the short-term annual results, but also for our long term development.”

In FY20, GEAR made meaningful progress on its priorities despite a difficult macroenvironment caused by the COVID-19 pandemic:

A 75.33% stake in Stanmore Coal Ltd and 50% joint venture with EMR Capital in Ravenswood Resources Ltd have enabled the group to effectively expand its suite of resources. Both metallurgical coal and gold serve as diversifiers to the group’s core resource of energy coal, enabling it to diversify earnings streams and reduce dependence on energy coal.

Today, GEAR has an expanded suite of products with mining concessions that are geographically distributed across different sovereign jurisdictions in Indonesia and Australia, thereby providing diversification at several levels.

FY20 cash costs of US$21.04/t was one of the lowest achieved since FY17. This allowed the group to remain profitable, especially against the backdrop of the lowest pricing environment witnessed for energy coal. Strict controls on cash cost through mine planning and cost optimisation resulting in lower strip ratios and contractor rates ensured continued profitability. GEAR ramped up its production volume to 33.5 million t in FY20, an 8.5% increase to FY19’s production volume of 30.8 million t, and also exceeded GEAR’s target of 31 million t for FY20.

Stanmore Coal produces metallurgical coal owning and operating projects in the Bowen Basin and Surat Basin regions of Queensland, Australia. Metallurgical coal is used in primary steel-making process and historically has been relatively less affected by market dynamics than energy coal. Stanmore Coal has coal resources estimates of 1.7 billion t, and a coal handling preparation plant capacity of up to 3.5 million tpy.

The addition of metallurgical coal into GEAR’s product mix serves to potentially increase the group’s top and bottom line over the longer term.

Importantly, gold serves as a counter-cyclical resource which helps to balance the group’s portfolio, remaining relatively resilient despite the volatile macroeconomic environment. GEAR had earlier made an investment in its first gold mining asset through a minority stake in ASX-listed Westgold Resources in December 2017, which it has since fully divested at a profit in FY20.

GEAR is highly responsive to change, and has strongly demonstrated its ability to make swift decisions in its corporate actions taken in the course of 2020. The group was also able to ride the peaks and troughs of counter cyclicals by divesting its stake in Westgold Resources for profits when gold prices were buoyant, and using the proceeds to acquire a 50% stake in Ravenswood Gold.

Despite global uncertainties and significant acquisitions made in the course of the year, GEAR was reaffirmed a ‘B1’ rating with Stable Outlook by Moody’s and a ‘B+’ rating with Outlook Stable by Fitch Ratings in May 2020.

Continues to build and empower a world-class team

As a result of the increase in stake of Stanmore Coal from 31.35% to 75.33% (completed on 18 May 2020), Stanmore Coal became a subsidiary of the group and results of Stanmore Coal are consolidated in the group with effect from that date. To better reflect the consolidated performance, the group has changed its reportable segments into energy coal, metallurgical coal and non-coal businesses. This compares to coal mining, coal trading and non-coal businesses previously reported in FY19. The energy coal segment includes coal mining and coal trading of energy coal.

In the year under review, revenue grew 4.2% in FY20 to hit a record high of US$1.2 billion, mainly due to the revenue contribution of the group’s metallurgical coal segment from the consolidation of Stanmore Coal. This was partially offset by a decrease in revenue from the energy coal segment and non-coal businesses segment.

Coal production costs increased as a result of coal production ramp up from the energy coal segment and consolidation of Stanmore Coal’s cost of sales. The group reported cost of sales of US$786.1 million in FY20, a 4.6% increase from US$751.3 million in FY19. Average cash cost (excluding royalty) of the energy coal segment was significantly lower at US$21.04/t in FY20, a cost reduction of US$3.07/t from the average cash cost of US$24.11/t in FY19. This reduction was achieved from strict controls on cash cost through mine planning and cost optimisation resulting in lower strip ratios and contractor rates.

In line with the increase in sales volume in FY20, the group reported selling and distribution expense of US$201.4 million, representing an 8.6% increase from US$185.4 million in FY19, mainly due to the consolidation of results of Stanmore Coal and an increase in barging and trucking expenses.

Administrative expenses stood at US$79.3 million in FY20, up 7.1% from US$74.1 million in FY19, mainly due to the consolidation of results of Stanmore Coal.

In FY20, the group also reported share of loss of a joint venture (net of tax) amounting to US$4.9 million in FY20 pertaining to investment in Ravenswood Gold.

As at 31 December 2020, the group maintains a robust balance sheet with cash and cash equivalents of US$262.8 million.

“Our primary objective will continue to be the maximisation of shareholder value. We will manage our group’s business to generate earnings growth and improved returns over the long term. We intend to continue investing our resources in projects and investments that strategically augment and leverage our operations. We will seek investments where the long-term cash returns on invested capital exceed the overall cost of capital,” Widjaja added.

GEAR remains cautiously optimistic on the near to medium term outlook recovery for energy and metallurgical coal demand and prices.

Read the article online at: https://www.worldcoal.com/mining/01032021/golden-energy-and-resources-announces-fy20-results/