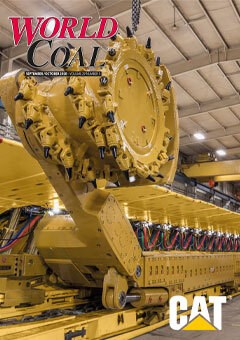 The misfortunes the Baudelaire children face in the children’s novel series A Series of Unfortunate Events appear almost trivial in comparison to the disastrous events that have unfolded over the course of 2020. The catastrophic bushfires in Australia, the devastating explosion in the Port of Beirut, the helicopter accident which ended the life of basketball legend Kobe Bryant, the murder of George Floyd that sparked Black Lives Matter protests throughout the US, even ‘murder hornets’ – each of these major events have made front page news, but have all been overshadowed by the advent of the novel coronavirus: COVID-19.

It would be near-on impossible to believe a year ago that a singular virus would be able to force almost every nation around the world into lockdown. As a result, millions of people were forced to adapt to working from home unless they were deemed essential workers, and unfortunately many businesses failed to survive the dramatic dive the economy has taken over the last few months.

One of the industries hit hardest by the coronavirus is the coal industry, due to the depressed demand for energy as a result of the national lockdowns enforced in many countries. As a result, companies around the world have cut their production, with the added incentive of cutting pollution. On 3 August 2020, the Global Energy Monitor (GEM) reported that the world lost 2.9 GW of coal generation capacity in the first six months of 2020.

And while the world will recover from the current pandemic, it is unlikely that the coal industry will resurge with it.

In the UK, severe reductions in coal generated power are already underway. Between April and June 2020, in the longest period since the Industrial Revolution, the country lasted 67 days, 22 hours and 55 minutes without using coal to produce the nation’s electricity. The previous record, which occurred in June 2019, had been just 18 days, 6 hours and 10 minutes. Rystad Energy analysts believe that UK coal generation will almost entirely disappear by 2023.

With an ever-decreasing demand for coal-powered electricity, unsurprisingly there has been a decreasing interest in the production of the raw material from mining activities. On 17 August 2020, in the northern county of Durham, England’s final active working mine – the Bradley surface mine – was closed after plans for an extension were rejected by the government. This decision was firmly backed by environmental agencies. However, the closure does not signify the end of British coal mining. There are still a handful of sites in working operation in Scotland and Wales, and The Banks Group (who had previously owned the Bradley mine) is awaiting government decisions on plans to open new surface mines in the north of England.

With the future of the coal industry uncertain, as with so many industries against the backdrop of the international COVID-19 pandemic, the onus is now on companies to ensure that current operations are not only as profitable as possible but are also safe and sustainable. On 19 August 2020, the curse of 2020 struck again when the derailing of a mining cart caused a tunnel in a mine in Cundinamarca, Colombia, to collapse, trapping three miners inside. Luckily, after four days, all three men were rescued and were taken to hospital for observation. While accidents do happen, they are usually preventable. If you are interested in learning more about improving the health and safety conditions within the coal mining industry, we have a range of articles in this issue on this topic from Polar Mobility Research, Eaton, and Innovative Wireless Technologies, beginning on pg. 28.

And finally, to ensure you receive the latest news updates and the latest developments from the coal industry, make sure to register for a free trial of World Coal and take the time to like and follow our Facebook, Twitter and LinkedIn pages!