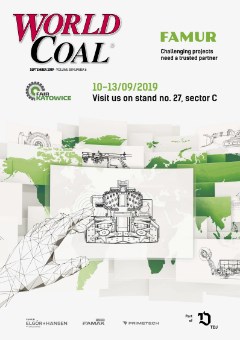 This year’s Pacific Island Forum, which took place in Tuvalu on 13 - 16 August, saw Australia criticised for not transitioning away from coal to more renewable energy sources that do not contribute to climate change.

During the Forum’s 50th meeting, the Pacific Island nations called attention to the global temperature increase, citing fossil fuels as the culprit and claimed that these means of energy are jeopardising the region’s way of life. There’s no denying that the sea is rising at a rapid rate, and the Pacific has seen this firsthand. A number of coastal and low-lying areas have already been deluged, causing further concern that many more occurrences like this will follow.

Prior to his arrival in Tuvalu, Australia’s Prime Minister Scott Morrison acknowledged this issue and announced a AUS$500 million climate change and oceans funding package for countries in the Pacific region. The package will use existing aid funds to help the nations invest in renewable energy, as well as climate and disaster resilience.

But it soon became evident that this offering did not award Australia much of a reprieve. Prime Minister of Tuvalu Enele Sopoaga commented: “No matter how much money you put on the table, it doesn’t give you the excuse to not to do the right thing, which is to cut down on your emissions, including not opening your coal mines.”

Now, this is where the controversy lies. Both the Pacific nations and Australia understand the severity of the environmental issues at hand, but they harbour differing opinions on the methods of mitigation and control.

Whilst the Pacific want to see coal phased out, Morrison defended the country’s coal industry. He agreed that climate change is “the single greatest [threat] to the security of Pacific island countries,” but insisted that it can be dealt with effectively without damaging the economy.

During talks on 15 August, he declared that the country has been taking actions to lessen its carbon output. He argued: “What Australia has done over the last six years is taken what was around a 700 million t deficit in terms of what we were expecting to happen in 2020 with our current – our then projection of carbon emissions – and we’ve turned that around into a 367 million surplus. So, Australia’s actions on climate change have actually produced a more than 1 billion t turnaround on carbon emissions. Now, that means that by 2030, our carbon emissions are going to be lower than they were in 2005 by 26%. Now, that’s a good thing and that’s the action Australians are taking.”

Though not at the meeting himself, Australia’s Former Prime Minister Malcolm Turnbull defended his successor, stating: “Emissions reduction is a very difficult issue for the coalition, and you’ve got to cut Morrison some slack on this, or give him some understanding.”

It was clear as Morrison stood his ground against the Pacific leaders’ anti-coal push that he was not going to conform to the proposed terms of an immediate global ban of new coal mines and power plants. This consequently forced a ‘qualification’ into the phrasing of the final declaration.

The majority of the Pacific Island Forum agreed to stronger climate goals; only Australia and, to some extent, New Zealand raised objections. The conclusion of the Forum, after 12 hours of negotiations, finally saw the release of the Kainaki II Declaration. This accompanied the formal communiqué from the meeting.

The statement did not reach the outcome that most Pacific nations hoped for; that being the demand for an immediate abolishment of coal mining. Yet, despite this, the declaration is reported to be the strongest collective statement the Forum has ever issued on climate change.

Prime Minister Sopoaga confirmed that the Forum “managed to work together and [will] stay together, and [has] come [to] decisions leading to the conclusion of the communiqué out of the Forum. [We also] managed to agree and conclude a strong climate change statement from the Forum here in Tuvalu. The substance is there.”