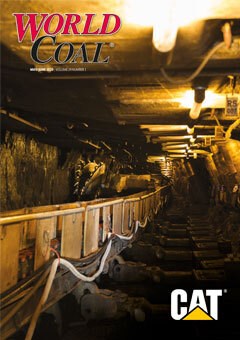 Without wanting to sound too dramatic, 2020 has been a sub-optimal year so far. The COVID-19 pandemic has dispassionately spread across the globe with devastating effect, infecting over 3 million people. Home life has been brought to a standstill, governments have rushed to provide the necessary protective equipment to frontline medical staff, titans of the world’s sporting calendar such as the Tokyo Olympic Games, UEFA European Football Championship and many others have been brought to their knees, and the words ‘unprecedented’ and ‘amid’ have seen unprecedented use amid the chaos.

Like all diseases, the coronavirus sidesteps international borders which, as the last 3 months have shown, makes it incredibly difficult to contain. Despite signs that COVID-19’s clutch on the world is starting to weaken – especially in regions of the disease’s origin in Eastern Asia – world leaders have urged calmness and respect for lockdown restrictions.

UK Prime Minister, Boris Johnson, has said that patience is paramount despite the tide slowly “beginning to turn” on UK shores, lest the country suffer a second wave of the disease as a result of normality being resumed prematurely.

As expected, the coal sector and energy industry as a whole have been struck hard by the pandemic. A report from the US Energy Information Administration (EIA) stated that coal’s use for power in the US is set to drop by 432 million short t – a new 40 year low and a 47 million short t (10%) decrease on its initial forecast in January. Although many countries and states have deemed coal mines to be part of an essential industry, many more have been shut down in tandem with the waning demand for coal power.

To make matters worse, internal struggles are jeopardising production in some countries. In Poland, disputes between the country’s coal group, PGG, and trade unions over pay cuts threaten to undermine the already perilous position that the company, like so many others, finds itself in.

However, coal is not alone in its struggle. The price of Brent crude oil has plummeted to US$20.22/bbl, at least 20 cargoes of US LNG have been cancelled by buyers in Asia and Europe and renewables have seen what was forecast to be a golden year curbed by supply issues and the diversion of government funds. While the dramatic drop in power demand is benefitting the planet – data from NASA and the European Space Agency showing that air pollution levels over Central and Eastern China have dropped as much as 30% certainly makes for satisfying reading – the decline is extremely unlikely to persist in a post-COVID world.

It is therefore natural to expect a period of record-low energy prices to be overtaken by an energy boom. Indeed, the EIA offers optimistic projections for a post-pandemic surge in demand for coal especially, with its fuel cost competitiveness projected to improve relative to the predicted rise in natural gas prices. However, a conflicting report from Rystad Energy suggesting that such a surge will not be forthcoming in the face of “weak industrial and economic activity” highlights how difficult it is to predict the pandemic’s prolonged impact on the industry with any degree of certainty.

What its next stages will entail, we cannot know for sure. With trade fairs and conferences being cancelled and postponed every day, it is now more vital than ever that the industry stays informed of the latest news and technological developments, which World Coal continues to provide. Our online issues and flips, daily news updates, webinars and newsletters will remain a comprehensive source of information as the COVID-19 crisis rumbles on through what will undoubtedly be a gruellingly difficult few months.

The thoughts of all of us here at World Coal go out to everyone affected by the pandemic and we applaud the fantastic effort of medical staff and key workers everywhere, who are saving lives and keeping the world moving.