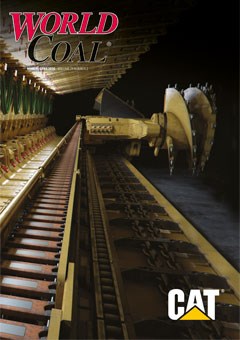 After 3 years of decline, global coal demand rebounded in 2017 and 2018. Most of the decline occurred in the US and EU, and the bulk of the increase was in India and the rest of Asia. Reduced consumption in the US is largely due to the availability of vast amounts of cheap natural gas and the retirement of ageing coal-fired power plants.

In the EU, the decline is largely based on political decisions, as many European countries have announced plans to phase out coal for power generation. The jump in production in 2018 was mainly due to India, Indonesia and Russia producing record amounts of coal. In fact, in 2019 India recorded all time high coal exports and Russian exports exceeded 200 million t for the first time. However, in 2019, coal power generation declined again by the largest amount to date, again primarily due to the availability of US gas and structural changes in the EU. In India, there was also a decline in the use of coal for the first time in 45 years, but this is not thought to be the start of a trend.

It is interesting to note that global coal consumption grew by 65% between the Kyoto Protocol of 1997 and the Paris Agreement of 2015. During this period, coal supplied 45% of the additional primary energy supply.

Although the decline in coal in the west is important, it is also true that roughly 5% of global coal use is in the EU, and another 5% in the US. On the other hand, China, India, Pakistan, Bangladesh, Indonesia, Vietnam and the Philippines comprise half of the global population, and are responsible for the bulk of coal consumption. For example, there is 2250 GW of coal-fired capacity existing and under construction in the world today. Two-thirds of this capacity is in the developing economies of Asia, and most if it is relatively young (less than 20 years old) so is likely to continue operating for decades.

The International Energy Agency (IEA) forecasts that global coal demand will level out in the future, with just a slight increase to 2024. This is partly because China’s coal consumption is likely to plateau, due to the growth in coal power generation and coal conversion offsetting the decline in heavy industry, residential and small industry. There is uncertainty over the amount of coal required for coal gasification to convert coal to various chemicals in China. It has increased dramatically – for example, there were 40 coal gasification plants in China in 2017 and now there are 60.

Coal used for gasification was forecast to increase to 500 million tpy, which would have been a game changer, but this scale of increase now looks less certain. There are still massive developments under way however, such as the plant under construction in Ordos (Mongolia), which plans to produce 3.6 million tpy of methanol from coal. The incentive for coal conversion to chemicals depends largely on the price of oil and is generally considered economic when oil is US$60/bbl.

Indian economic growth is fuelled by coal. Coal generation increased by 4.5% in 2019. In Southeast Asia, coal demand is forecast to grow by more than 5%/y to 2024. The demand for power is increasing in the region, particularly in Indonesia and Vietnam.

However, in the US, the decline in coal-fired power generation is expected to continue through to 2024 and beyond as a result of cheap, readily available natural gas and the climate policies of multiple individual states.

In the EU, the demand for coal is likely to decline by 4.5%/y for various reasons, including the low price of gas, a higher price of carbon in the Emissions Trading Scheme, policies to reduce air pollution which promote the closure of coal-fired plant, and the coal phase out. The dichotomy is clear. Coal use is declining in Europe and the US although there is interesting research underway into alternative non-energy uses for coal, and the introduction of small, modular, flexible units. Its use is still growing in Asia where two-thirds of the global population live, and the population and demand for energy is increasing.