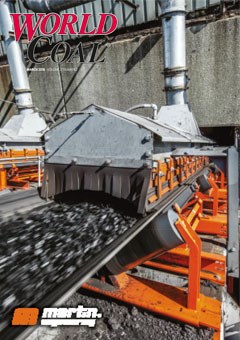 Petra Nova first captured CO2 on 19 September 2016, and has the capacity to capture more than 90% of the CO2 emitted from the flue gas slipstream.

By being built on an existing coal unit, Petra Nova shows an economic path to make existing and new fossil fuel plants significantly more environmentally viable as we transition to a more sustainable energy future.

The success of this project has wider implications for the future deployment of CCS as a vital climate mitigating technology. Petra Nova demonstrates the viability of CCS.

CCS is the only technology that is able to eliminate emissions from coal and gas-fired power plants. It is also one of the few technologies that can address emissions from industrial processes, including the production of steel, cement and other chemicals, all of which will remain critical building blocks of modern society.

The International Energy Agency (IEA) estimates that 14% of emission reductions by 2060 will come from CCS technology. The Intergovernmental Panel on Climate Change (IPCC) has said that climate action would be 138% more expensive, if not impossible, without widespread deployment of carbon capture, utilisation and storage (CCUS) technology.

In order to meet global targets, the Global CCS Institute reckons we need over 2000 CCS facilities around the world by 2040. However, today, there are only 37 large scale CCS projects, including Petra Nova.

Despite the importance attached to CCS in helping to achieve global climate goals, the technology has not received the same level of support as other low emissions technologies.

While there have been important CCS project breakthroughs since 2005, the vital role CCS will play globally in the transition to a low carbon economy has not yet translated broadly enough into policy support at national levels.

Worldwide, around US$2.5 trillion has been invested in clean energy technologies in the last 10 years. Less than 1% of this has gone to CCS.

It is for this reason that incentives, such as the recently announced 45Q tax credits in the US, come as welcome news. The World Coal Association (WCA) sees this increased and extended support for companies that invest in CCUS technologies in the US as an important step to encourage the wider deployment of CCUS. We hope it also encourages other countries to act in getting policy mechanisms in place to help drive deployment of this essential climate technology.

The WCA is encouraging international partners, such as development banks and governments, to work together to increase funding for, and the use of, these technologies.

Often, I get asked what the coal industry is doing to accelerate the deployment of the technology.

In recent years the coal industry has joined with a range of partners, both public and private to help drive development of CCS.

A prominent example of this has been the Australian coal industry’s COAL21 Fund: a fund created by a levy on Australian coal production, which has now invested AUS$300 million in the past 10 years and has leveraged another AUS$550 million from other sources in CCS research and development.

Other projects, such as GreenGen in China, are either being supported or have been supported by the coal and electricity industries. These, and many other examples, show how the industry is committed to CCS.

Financial and policy support have always been essential in getting any new clean technology deployed.

For those who say CCS is not viable, we say Petra Nova proves otherwise. A year on and still going strong. If we are going to see this success replicated elsewhere, we will need to see policy parity for all low emission technologies, including CCS, and a step up in investment.