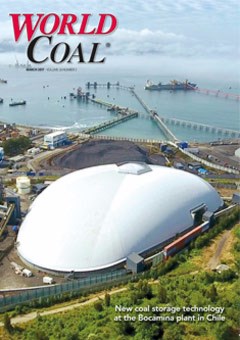 Japan is one of the largest economies in the world and has long been a major consumer and importer of energy, as well as a leader in energy technology development. It is also the world’s fifth largest electricity user: electricity accounts for more than 36% of its total energy consumption.

Since the 2011 earthquake and the subsequent Fukushima nuclear accident, Japan has had to contend with various challenges in its energy sector: a shutdown of all nuclear power plants has meant that the country has faced increased fuel imports, coupled with higher electricity prices.

It is often said that coal is a fuel for the developing world. Developing economies require access to stable and affordable energy to build industrial capacity. On the other hand, developed countries require affordable and reliable electricity to continue to maintain economic competitiveness. For example, even under the now suspended Clean Power Plan in the US, coal was forecast to provide 27% of US electricity in 2030. Australia’s biggest states rely on coal for more than 90% of their electricity. In Germany, coal plays a critical role in balancing the intermittency of renewables, providing about 30% of the electricity mix.

Japan knows full well that building more ultra-modern, coal-fired power plants is the only way it can meet energy security demands and its environmental responsibility. Japan is signatory to the Paris Agreement and has pledged a 26% reduction in carbon dioxide emissions by 2030. But the country also wants to remain competitive economically, so it’s diversifying its energy mix.

The additional 45 power plants will use state-of-the-art, high-efficiency, low-emissions (HELE) technologies. HELE technologies are a group of technologies developed to increase the amount of energy that can be generated from a coal plant, while decreasing emissions.

Japan is no stranger to HELE technologies. The Isogo thermal power plant, located just 6 km from central Yokohama, is a great example of how HELE can help provide the efficiencies needed, while providing the baseload energy that comes from coal. The Isogo plant uses ultra-supercritical (USC) technology to generate steam up to 620°C and achieves a 45% efficiency level.

The International Energy Agency has forecast an increase in new HELE coal plants in the next 25 years. According to the agency’s latest forecast, 730 GW of these highly efficient plants will be built by 2040, and that more than half of the coal fleet in developing countries will increasingly consist of HELE plants by that same period.

Recognising this, the World Coal Association has set up the global Platform for Accelerating Coal Efficiency (PACE) to help raise the global average efficiency of coal-fuelled power plants and, in effect, to minimise CO2 emissions, while maintaining legitimate economic development and poverty alleviation efforts.

Deploying HELE coal-fired power plants is also a key step along a pathway to near zero emissions from coal with carbon capture use and storage (CCUS).