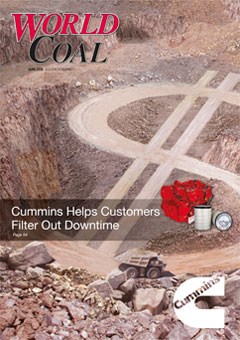 Every four years, one of the biggest sporting events in the world hits our screens: the FIFA World Cup.

As I write, we are only 11 days until the first game takes place – Russia and Saudi Arabia will kick off the tournament on 14 June at Moscow’s Luzhniki Stadium.

At present, the bookies have Germany and Brazil down as favourites to win, both with odds of 9/2. Russia is left in the dust at 40/1. Yet, this is undoubtedly an exciting time for Russia, as it will be the country’s first time hosting the event. And all eyes will be fixed firmly on the nation.

Let’s go back to the last major football tournament in Europe: the Euro 2016 championship held in France. This was a memorable competition for more reasons than one. Portugal triumphed after defeating host France in the final; the Union of European Football Associations (UEFA) decided to expand the tournament to 24 teams rather than the traditional 16; and Wales experienced their first semi-final of a major tournament after a 3-1 victory over Belgium in the quarters.

These are only some of the best highlights of the event. But Euro 2016 is also remembered for the hooliganism that erupted between Russian and England fans. And now, in the build-up to the World Cup, this remains fresh in our minds.

Similarly, at a France-Russia friendly in St. Petersburg in March of this year, racist chants from Russian fans were made to French players on the field. As a result, FIFA fined the Russian Football Union £22 000, stating it has a zero tolerance approach to discrimination.

But it seems that FIFA has been taking note of these incidents. As a means of preventing potential racist incidents at the World Cup, an obligatory fan ID system will be implemented during the competition. The system had previously been tested at the 2017 Confederations Cup in Russia, and proved to be successful.

With great expectations at home for the host nation, Russia will no doubt be on its best behaviour. Especially as the World Cup is set to be worth approximately US$31 billion to the Russian economy.

Exports of Russian coal to Poland increased by a third in 2017, and this year is no exception. Russia is currently set to be the largest thermal coal exporter to Poland in 2018 – the country generates approximately 80% of its electricity from coal-fired power plants.

Vladimir Nefedov, RIA Novosti Trade Representative of Russia in Poland, stated: “Last year, exports of Russian coal to Poland, according to preliminary estimates, increased by about a third – more than 6.7 million t with domestic production at 66 million t.”

This month’s regional report on p.12 is provided by Ignatov & Company Group, and offers an insight into Russia and Central Asia’s current coal mining industry.

We also feature technical articles and case studies on longwall mining equipment, dust control, mining software, and much more. I hope you enjoy the issue!