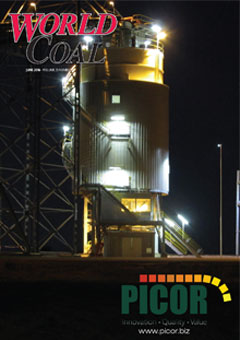 Donald Trump has recently been winning support in US coal country with vows to re-open mines and “put the miners back to work”. This rhetoric ensured his endorsement by the West Virginia Coal Association and stands in stark contrast to Hilary Clinton – his likely rival in this year’s presidential elections – and her pledge to “put a lot of coal miners and coal companies” out of business. But are Trump’s promises credible?

The short answer is: no. And I’m not sure anyone really believes that they are, either. As Robert Murray, CEO of Murray Energy Corp., who recently endorsed Trump, said in a recent interview with Taylor Kuykendall of SNL Energy: Trump “wants to bring the mines back and I told him that was not possible.”

And therein lurks the crux of the matter: the US coal industry’s woes are not simply a product of government over-regulation, solveable by the wave of a friendly presidential pen. The issues are far more fundamental than that, as Hal Quinn, President and CEO of the National Mining Association, points out in this month’s Industry View (p. 14). Indeed, according to the US Energy Information Administration’s latest Annual Energy Outlook, coal use in the US would continue to fall even under its so-called No Clean Power Plan Scenario.

“I don’t think it will be a thriving industry ever again,” Murray told Kuykendall. “We’ll hold our own. It will be an extremely competitive industry and it will be half the size. The coal mines cannot come back to where they were or anywhere near it.” Yet despite this reality check, Trump is unlikely to turn back on his promises to miners because they fit within the ‘Make America Great Again!’ narrative he offers in lieu of actual policy. It’s a narrative based on nostalgia rather than any economic or political reality – and it is popular because of that. In a rapidly changing world, promises of a return to a rose-tinted version of the past will win votes.

That same toxically nostalgic trend can be seen across Europe too. In the UK, the referendum on EU membership that will take place this month is predicated on the idea that Great Britain can become great again by throwing off the shackles of Brussels and recovering its imperial vigour. Across Europe, parties of the far right and far left have been winning votes – and in Austria, even the presidency – because people are angry at a turbulent present and the politicians that have been complicit in creating it.

Those politicians have failed in many ways. But the answer to their failure does not lie with those that offer a return to ‘the good old days’. That is false hope. Fortunately, there is a little real hope left. Take the re-opening of the Isaac Plains mine in Australia: unwanted and unloved by its previous owners, Stanmore Coal brought the mine for a dollar and have brought it back to life and to competitiveness. As a result, jobs and tax dollars now exist where previously they did not.

At its heart, the story of Isaac Plains is a story of ingenuity, drive and vision – of seeing opportunity where others could not and then making it happen. The coal industry needs more such stories. But more importantly, coal miners need more such stories. They may come in the form of more re-opened mines, as at Isaac Plains, but it may also need to be something different. Because in many places, coal won’t be coming back. And that is where the real vision is needed: vision that will bring real hope back to shattered communities and broken lives. Vision that inspires and unites and uplifts. That is a vision I could vote for.