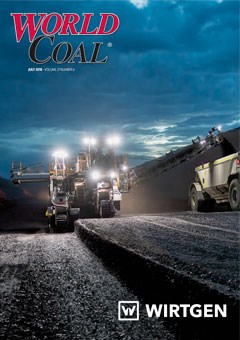 On 28 June, Robert Powelson unexpectedly announced he will be departing from the Federal Energy Regulatory Commission (FERC) effective mid-August, to pursue a new career as President and CEO of the National Association of Water Companies.

His resignation falls in the midst of turbulent policy debates regarding electricity grid reliability and the impact of natural gas pipeline emissions.

Upon his departure, FERC will be left with a split commission: two Republicans and two Democrats. And this is where it gets interesting.

Although the replacement must be approved by the Senate, US President Donald Trump now has the power to appoint a new commissioner; one who will no doubt share the Administration’s ‘pro-coal’ approach to regulating power markets.

But the power is not entirely in his hands. In theory, the Administration could act on a bailout plan without having to involve FERC. However, the commission’s jurisdiction over the US electricity market means that it will most likely play a part in any proposals that involve grid operators making payments to power generators.

Nevertheless, the White House will face one less hurdle following the commissioner’s departure, as it seeks to throw coal a lifeline. Although traditional Republican Powelson was nominated to FERC by President Trump in May 2017 and advocated for the expansion of energy infrastructure, he has been openly critical about the Administration’s efforts to bail out failing power plants.

Earlier in June, Powelson stated the Administration’s plan to curb plant shutdowns threatens “to collapse the wholesale competitive markets that have long been a cornerstone of FERC policy. […] It goes against everything we talk about in terms of supply and demand.”

As the Republicans lose their majority on the commission, natural gas pipelines will soon see a delay in permitting; a stark change from the current ease of approval. Recently, the two current Democrat commissioners – Richard Glick and Cheryl LaFleur – voted against a number of major gas pipelines. The Republican votes have so far prevailed, approving the Atlantic Coast pipeline and Mountain Valley project. It is reported that Powelson acted as the majority vote in several decisions that authorised pipeline construction.

But (presuming Trump appoints a new Republican commissioner), come August, pipeline approvals will resume as normal. And while pipelines seem impartial towards Powelson’s departure and the expected delays, the coal industry is rejoicing. A new pro-coal commissioner is just what the Administration needs to fulfil its bailout agenda, following in the wake of its 5-0 rejection by FERC earlier this year.

It seems that another vote might be on the horizon, and the Administration is doing all it can to ensure that the commission votes in favour of the bailout. During the recent World Gas Conference in Washington D.C., Energy Secretary Rick Perry revealed that ongoing research is taking place to provide a cost estimate for the bailout. However, no price has yet been released.

Perry also expressed his national security rationale for saving the ailing power plants, stating: “It’s not a dollar figure you can count. You cannot put a dollar figure on the cost to keep America free, to keep the lights on.”

The Energy Department argues that the coal and nuclear plants, which are able to store fuel onsite and 24 hr/d, offer protection of fuel security that the nation’s power grid needs during extreme weather conditions, physical attacks or other major disruptions.

So the question is: will history repeat itself? Or will Trump’s plans for subsidising failing power plants succeed?