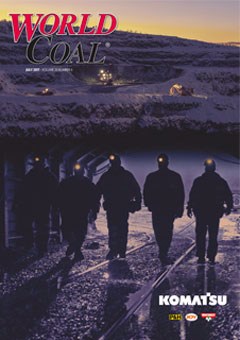 Australia: home to kangaroos, iconic beaches and some of the world’s most sort after coal mines.

In the last few days, a bidding war for Rio Tinto’s Hunter Valley coal mines has been won and lost in Australia. Swiss-based Glencore battled it out with Chinese-majority owned miner Yancoal for Rio’s wholly-owned subsidiary Coal & Allied Industries Ltd. Despite upping their bid to US$2.675 billion cash plus a coal price linked royalty, Glencore lost out. Rio passed on their second offer in favour of Yancoal’s US$2.69 billion, comprising US$2.45 billion in cash payable in full on completion, as well as US$240 million via unconditional guaranteed royalty payments of which US$200 million will be received before the end of 2018 – not quite Orion Mining’s bargain AUS$1 dollar acquisition of Blair Athol last year.

On 26 June, following its shareholders meeting, Rio confirmed that shareholders voted in favour of Yancoal. According to Rio Tinto Chief Executive Jean-Sébastien Jacques, the offer provided “compelling value to our shareholders for our Australian thermal coal assets” and he believes “it is in the best interests of our shareholders to take the greater certainty of Yancoal’s strong proposal.”

Glencore had been eyeing up Rio’s deposits for a while. And with adjacent operations in the Hunter Valley region, the Swiss miner seemed like a more logical buyer, as it could have combined blending facilities and processing plants, as well as connecting and extending pits. Yet instead, Yancoal has taken the crown as king of coal in Australia, becoming the country’s largest independent producer.

Despite missing out on the Coal & Allied assets, Glencore isn’t left in such a bad spot. It is the world’s largest exporter of seaborne-traded coal and will continue to dominate that market, providing cheap energy to the developing world as other key players depart the market, according to a recent outlook from BMI Research. While noting coal will decline over the years, BMI predicts coal will remain the largest source of power globally by the end of 2026. It indicated that Glencore’s higher quality coal output is likely to help retain its market share. Additionally, the Swiss company’s recent deal with Japan’s Tohoku Electric Power (where the Japanese utility provider agreed to pay above market price – US$85/t – to secure supplies of high-grade Australian coal from Glencore) will be very valuable in the next year, while the Rio set back will not stop Glencore from remaining on the lookout for future coal acquisitions.

Sticking with Australia, in this issue, Anthony Fensom takes a broader look at Australian coal assets (p. 10) and details how a recent slump in the sector could turn into a potential revival, if a certain new mine goes ahead. Adani’s Carmichael mine has had quite the journey, with protests, challenges and setbacks, but construction is set to go ahead. Whether Swiss owned, Chinese owned or Australian owned, there seems to be lots of potential in the Aussie mines for the coming years.

Australia remains centre stage next month with the international coal industry descending on Sydney for AIMEX 2017, the largest trade show for the Asia-Pacific mining industry. The global mining exhibition will be held from 29 to 31 August, and include a technical conference, The Future of Mining. This will bring together industry leaders and mining experts, and include keynote addresses from major mining personnel, case study presentations and white paper discussions.