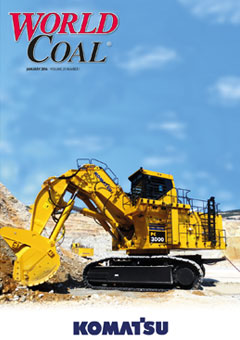 Perhaps the most headline-grabbing number contained in Joy Global’s most recent quarterly result was US$1.343 billion. That was the size of the loss the company booked in the three months to the end of October on the back of a US$1.199 billion writedown of its underground reporting unit.

Similarly gloomy headlines (and eye-watering numbers) are not hard to find in the mining industry at the moment. Caterpillar is expecting a 5% fall in its revenues in 2016 on the back of a 10% fall in its mining-related revenues. That will mark the first time in its history that the company has reported four consecutive years of falling sales. Since peaking in 4Q12, Caterpillar’s Resource Industries business segment has seen sales fall from US$5.776 billion in 4Q12 to just US$1.796 billion in 3Q15.

Looking at mining CAPEX numbers and it’s not hard to see why mining equipment manufacturers are taking a hit. Global mining CAPEX fell by 26% in 2015 and is expected to keep heading down this year (-19%) and in 2017 (-6%), according to a recent Susquehanna Financial Group research note. Meanwhile the US coal industry is now in its fifth consecutive year of belt tightening with the cuts averaging around 30% per year since 2013.

Is it all gloom then? Well not entirely. Although impressively large, Joy’s fall into the red was non-cash: its underlying business is stronger than that headline figure suggests. As Ted Grace, Research Analyst at Susquehanna Financial Group, told World Coal, Joy’s management have done an “excellent job” of managing through the downturn – cutting costs, strengthening the balance sheet and restructuring debt, and developing new products that take the company out of its traditional markets. These efforts will leave Joy in a relatively strong position when the turnaround comes. Indeed, the company may return to growth sooner than most on the back of its new product lines and cost-cutting measures.

The slowdown in the commodity market is not yet over and this year is looking like another difficult one for anyone involved in digging things out of the ground. But the mining industry has always been cyclical and it always swings back around – because ultimately people will always need mined commodities. And yes, that includes coal.

Nor does the current market mean an end to opportunity. Joy hasn’t stopped developing new product lines despite its falling revenues; it looks well set to take advantage of that investment. Murray Energy saw an opportunity when it bought two Colombian mines, as did Bowie Resources more recently when it agreed to buy Peabody Energy’s New Mexico and Colorado mines. In Australia, Stanmore Coal’s plans to re-open the Isaac Plains mine, bought from Vale and Sumitomo last year, shows a smaller company smelling profit where a major couldn’t.

Not every risk will pay off; the downturn will surely claim more victims before it has run its course. But the old maxim still holds true: fortune favours the bold. While it may be easy to be blinded by the doom and gloom that dominates reports on the industry, there’s always some light to be found for those with the vision and gumption to find it.