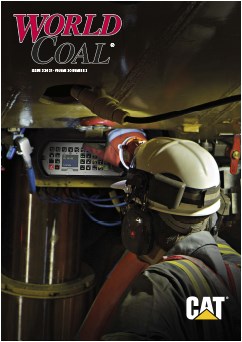 They were a long time coming, but the Tokyo 2020 Summer Olympic Games finally arrived. Originally due to be hosted in the summer of 2020, the Games were postponed due to the COVID-19 pandemic. One year later, with empty stands and ‘Olympic bubbles’ in place, the green light was finally given for the 11 000+ qualified athletes to participate in 339 events, across 33 sports, in 50 disciplines, for the entertainment of avid sports fans glued to their mobile devices and television screens all over the globe.

As the Games progressed, it became clear that the race for top spot on the medal table was going to be another two-horse race between old rivals, China and the US. After two weeks of intense competition, the US won out this time. However, the Olympics has not been the only competition China has had its eye on in recent months. With stringent climate change restrictions on the horizon, the race to maintain current capacity and to establish new, viable coal production is on.

According to a Reuters report from June, 432 new coal mine projects (2.28 billion tpy of capacity) are currently being planned by the world’s coal producers, and China is right at the heart of this expansion.1 Indeed, according to a study by US think-tank Global Energy Monitor, “China, Australia, India, and Russia account for more than three quarters of the new projects [… and] China alone is now building another 452 million t of annual production capacity.”1 Moreover, another recent Reuters report outlines how China is encouraging qualified coal mines to expand production capacity, “in an effort to boost coal supply and cool prices of the commodity.”2 These efforts will no doubt prove to be of great benefit to the global coal chain, to say nothing of further cementing China’s position as the world’s largest coal producer – a title the country has held since the early 1990s.3

This regional report is a must-read, and can be found on pp. 8 – 14. Furthermore, check out the rest of the issue, which features a range of technical articles on topics including: shovels, excavators & draglines; storage & stockyards; screening, crushing, breaking & sizing; dewatering & filtration; trucks & tyres; and more!