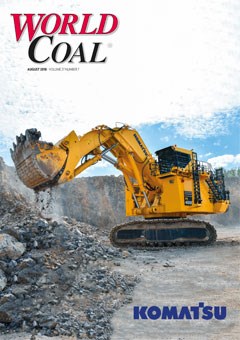 At the end of July, Queensland Liberal Nationals MP George Christensen travelled to Japan to ask the Ministry of Economy, Trade & Industry; Nippon Steel; J-POWER; JCOAL; and Japan Oil Gas & Metals National Corporation whether they would consider constructing clean coal-fired power plants in Australia. The trip was paid for by the Minerals Council of Australia.

Japan has already established itself as a pioneer in high efficiency, low emission (HELE) technology following the 2011 Fukushima nuclear disaster, and is reported to be “the largest importer of Australian thermal coal, accounting for 82 million t (over 40%) in 2017.”1

During his trip, Christensen was tasked with delivering letters to the Japanese organisations, handwritten by Resource Minister Matt Canavan. The letters addressed the Australian Competition and Consumer Commission’s (ACCC) recent report on methods of lowering Australian energy prices which, as Christensen commented, “makes the recommendation that the federal government consider providing finance to make an investment in clean coal technology more attractive.”

Meanwhile, in Australia, Prime Minister Turnbull is currently attempting to secure support for his proposed National Energy Guarantee (NEG) policy, which aims to provide a reliable power supply to the market, lower electricity costs and cut emissions by 26% by 2030.

With the hope that it will sway state and territory ministers, Turnbull is advocating a technology-neutral approach that does not solely target coal.

Fighting in the same corner, Environment and Energy Minister Josh Frydenberg has revealed a two-phase plan to maximise the chances of signing off the NEG. Seeking a consensus, Frydenberg proposed the possibility of reviewing the emissions reduction target after five years, instead of a fixed 10 year period.

However, it seems that not all Liberal party members are in support of Turnbull’s technology-neutral approach. Canavan and Christensen, for example, are threatening to oppose the plan if it does not leave room for additional coal-fired power.

As a result, multiple states remain on the fence. The Victoria government has said it will not agree to the policy until Prime Minister Turnbull receives the support from his own coalition. Despite working towards the same objective of providing reliable power, the Australian government is at a fork in the road: one half is advocating for more coal-fired power plants with HELE technology, and the other half is backing a technology-neutral approach.

Victorian Minister Lily D’Ambrosio argued: “Every time we get close to a national energy policy, the coalition party room shoots it down. […] How can we have any confidence in what they’re asking from us if it hasn’t been through his party room first?”

It’s clear that a decision is not on the horizon.

Christensen has since returned to Australia and is hopeful for HELE investments from Japan.