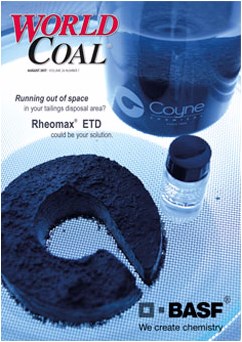 The Tour de France takes place every July and is not without its fair share of ups, downs and plot twists. This year, Welshman Geraint Thomas began with a major stride forward, triumphing in the opening stage time trial and claiming the yellow jersey; but this was short lived.

He fractured his clavicle in a large collision during stage nine on the descent of the Col de la Biche and crashed out of the race. It was anticipated that he would be crucial in catapulting Chris Froome to his fourth tour win, and maybe finish on the podium himself. Despite this unexpected set-back of losing his first lieutenant, Froome and the rest of Team Sky had to work that bit harder to claim yellow on the Champs-Élysées.

Similarly in the power industry, ‘clean coal’ has also encountered a major set-back last month with the abandonment of the ambitious Kemper County Energy clean coal plant in Mississippi – a lignite-fired integrated gasification combined-cycle (IGCC) facility. Clean coal technology has been making major steps forward in the past few years, and it was hoped the pioneering Kemper facility would be a flagship for clean coal. However, utility giant Southern Company, parent company of Mississippi Power, suspended startup and operations of the lignite coal gasification portion of the facility, following an ultimatum from Mississippi regulators.

Although it began five years late, the facility started testing its advanced coal gasification operations last year. Using lignite from the adjacent coal mine, the facility used IGCC to break down the coal into syngas and this was then fed into a generator – as syngas burns cleaner than pulverised lignite. The emissions were intended to be caught by a carbon capture system and used in local oilfields to help oil extraction. This was hoped to significantly reduce carbon dioxide emissions from the plant.

However, the facility encountered one too many hills it could not overcome, with many technological, construction and maintenance set-backs, as well as now being up against cheaper natural gas competition.

So, 11 years since initial launch and US$7.5 billion down, Southern Company have pulled the plug on the advanced coal gasification and indicated the facility will now be run on only natural gas in order to keep rates low for customers. “We believe this decision is in the best interests of our employees, customers, investors and all other stakeholders,” said Southern Company Chairman, President and CEO Thomas A. Fanning, in a press release.

Like Froome, the clean coal industry now has quite the uphill climb to regain some distance from this set-back. Nevertheless, other carbon capture projects are taking on the yellow jersey and forging the way forward for successful carbon, capture and storage (CCS) operation and continued clean coal development. For example, SaskPower’s Boundary Dam plant in Saskatchewan, Canada, became the world’s first power plant to successfully use CCS technology in 2014. Additionally, at the beginning of this year, the Petra Nova project in Houston became operational at the WA Parish coal-fired power plant and is the world’s largest post-combustion CO2 capture system presently in operation.

In the broader outlook on clean coal, Kemper – while a hard lesson to learn with billions in losses – may, in years to come, be seen as a bump in the road to a lower carbon future. Clean coal and carbon capture technology are considered key to helping cut global carbon emissions for not only the coal industry but also for other industrial industries, such as cement, steel and chemicals. Developments in technology therefore have the potential to be far reaching, and the next step for clean coal could be pivotal; the race continues.