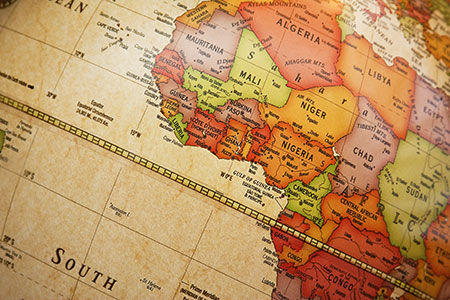 Botswana's Department of Environmental Affairs (DEA) has approved the EIS for Tlou's Boomslang project. The Boomslang Prospecting Licence PL011/2019 is located adjacent to the company's Lesedi power project. All proposed project activities outlined under the EIS have been authorised. These include:

EIS approval for exploration of the Boomslang permit (Tlou 100%) represents another key milestone for the company. Successful exploration and development of the Boomslang area could facilitate Tlou's longer term strategy of expansion beyond the current Lesedi project area.

The company plans to commence work on the development of the Lesedi project as soon as possible. Key stages to achieve first revenue are as follows:

Following the recent capital raising totalling £2.6 million, the company now has funds in place to allow the transmission line construction to commence. Crucially, the raising has allowed the company to control the timing of project construction and it can now commence work on the transmission line regardless of the time it takes for other current funding negotiations to be completed.

Those funding negotiations continue to move forward. The leading candidate has confirmed that the proposal has progressed to the next stage including an assessment by specialist advisors and due diligence. This is a precursor to making a final investment decision on a US$10 million finance facility for Tlou.

Tlou's Managing Director, Tony Gilby, said: "We are looking forward to a productive 2021 with significant progress in key areas of the company's business being achieved so far. We have great expectations for the Serowe CBM play within the 100% owned Boomslang permit area and subject to funding we can drill to evaluate it with environmental approval secured.

“Tlou's flagship Lesedi project continues to advance towards first revenue with funds secured to commence the transmission line linking it to the existing electricity grid. Project funding to install generating capacity and fund more work on the ground is anticipated in the near future.

“It is noted that gas developments within the highly prospective Mamba and Boomslang permit areas can be readily tied back to the Lesedi power station and in time could provide additional revenue generating opportunities for the company. Our environmental approvals include gas gathering lines.

“We have a strong pipeline of projects that are gradually coming to fruition. The recent capital raise has allowed Tlou to better control our project development and provide a firm foundation for near term growth."

Read the article online at: https://www.worldcoal.com/exploration-and-development/02042021/tlou-energy-announces-boomslang-project-environmental-approval/