Bowen Coking Coal Ltd has signed a Put and Call Option Agreement, under which it has, through a wholly owned subsidiary, secured a call option (exercisable between 6 and 9 November 2021) and granted a put option (exercisable until 12 November 2021) to enter into binding transaction documents with the controllers of the assets of Carabella Resources Pty Ltd to acquire the Bluff PCI Coal Mine. 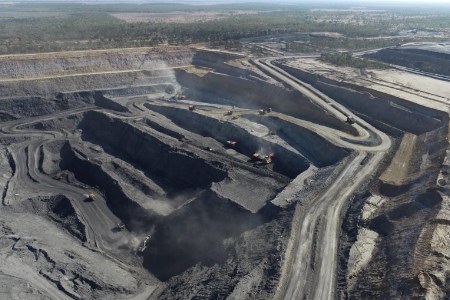 The sale process for Bluff was facilitated by FTI Consulting on behalf of Australian mining contractor MACA Ltd.

Bluff is an open-cut PCI coal mine in the Bowen Basin which has been on care and maintenance since December 2020 and the re-start capital is estimated between AUS$5 million and AUS$7 million, with AUS$6 million to AUS$9 million estimated in total for the first 12 months. Bluff has total Indicated and Inferred resources of 13.5 million t (11.2 million t Indicated and 2.3 million t Inferred), estimated in accordance with the JORC code 2012. Bluff’s main assets include a granted mining lease (ML80194), secondary exploration permits (EPC1175 and EPC1999), an approved Environmental Authority and minor surface infrastructure, which includes: workshop facilities, explosives magazines, and minor surface infrastructure. The mine acquisition also includes ownership of 1931 ha. of grazing land (426 ha. within the Mining Lease) on two adjacent Grazing Homestead Perpetual leases.

The Bluff coal product is classified as an Ultra-Low Volatile PCI coal, which typically attracts a premium in the market for its low ash, high energy and high coke replacement ratio, in comparison to standard PCI coal. There is a strong market acceptance for this coal by leading Japanese and Korean steelmakers. The coal will be marketed under the Marketing Joint Venture arrangements with Matt Latimore, which is managed by M Resources.

Detail mine planning has indicated a production target of between 1.0 million tpy and 1.2 million tpy ROM for an estimated Life of Mine (LOM) ranging between four to six years, depending on the price scenario.

Read the article online at: https://www.worldcoal.com/coal/29102021/bowen-coking-coal-secures-option-to-acquire-bluff-pci-mine/