BHP Billiton has released its operational review for the 9 months ending 31 March 2016.

BHP Billiton CEO, Andrew Mackenzie, commented: “Over the last 12 months, we have taken a number of steps to strengthen BHP Billiton, including asset sales and the deferral of investment for long-term value […] We have the potential to significantly grow the value of our company.”

Read the article online at: https://www.worldcoal.com/coal/26042016/bhp-billiton-operational-review-2445/ 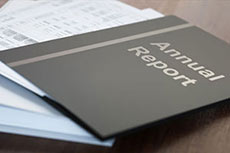 BHP Billiton has announced underlying earnings from its coal business of US$348 million in the twelve months to 30 June 2015.

BHP Billiton, the Anglo-Australian mining giant, has announced “robust” operating results for the third quarter, with strong performances at its Queensland Coal operations and thermal coal production “higher than all comparable periods” across the BHP Billiton Energy Coal portfolio.