A total of 73 countries and over 1000 companies signed onto the World Bank’s ‘price on carbon’ statement, presented ahead of the UN climate summit on 23 September, including the world’s largest emitter China. The governments who signed up to the initiative represent 54% of global greenhouse gas emissions, many having already implemented carbon taxes or emission trading schemes domestically. Without more ambitious carbon reduction targets however, such pricing mechanisms will fall short of achieving their goal of a shift to low-carbon technologies and industries.

“Almost 50 jurisdictions around the world have implemented emission trading schemes, and the ‘price on carbon’ initiative confirms increasing support for use of market instruments to reduce emissions. But how effective these markets will be depends on the reduction targets in the Paris agreement,” explained Hege Fjellheim, a senior analyst at Thomson Reuters.

Fjellheim added: “Nearly all domestic or regional carbon markets are currently oversupplied – mainly due to the financial recession and lack of political ambition. Oversupply has pushed allowance prices to low levels across the world. None of the carbon markets are generating much abatement in the short term and it is currently questionable if they send the right signal for long-term investments.

“The largest achievement so far is probably that many jurisdictions have put in place reliable systems for verification and reporting of emission reductions. The fact that countries are increasingly choosing emission trading systems as climate policy instruments implies that the regulatory framework for future reductions is in place. It is now up to policy-makers to raise the ambition and put carbon markets to work to ensure much larger reductions in the period up to 2030.”

Read the article online at: https://www.worldcoal.com/coal/24092014/carbon-pricing-needs-political-ambition-1348/ 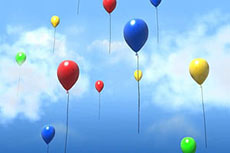 The EU’s emissions trading scheme is likely to remain oversupplied with allowances until the end of the next decade, keeping prices low and potentially boosting coal use. 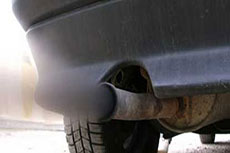 Australia's carbon trading plan has been rejected in the same week that the UN strives to make its climate proposals more manageable.