Shares in Jindal Steel and Power Ltd were struck by concerns over the company's ability to feed its power plants after the rejection of its bids for three coal mines auctioned by the government. Stocks of the company fell as much as 14.9% before ending down 6.2%, while the benchmark BSE Sensex fell 0.24%.

Separately, a company source has said that Jindal Steel, which said it was "puzzled" by the government's decision over the weekend to reject the bids, will take the government to court over the cancellations.

The absence of coal blocks for the company's power business leaves its 3.4 gigawatt (GW) of capacity near-stranded with linkage of only 1.2 GW in place, analysts at brokerage Kotak Institutional Equities said in a report to clients."Limited linkage and the absence of captive coal blocks would make imports an expensive and logistically difficult choice for fuel," the report added.

The loss of the coal mines will have an adverse impact on the load factor of Jindal Steel's power plants in Chhattisgarh where the mines in question are located, Chief Executive Ravi Uppal said in a television interview.

"The present government is working so hard to see all the stalled projects become functional. Here we have a project which is functioning and I see no reason that anything should be done which will cause a functioning project to become a stalled project," Uppal told ET Now news channel.

India rejected winning bids for four of 33 coal mines put up for auction in the past two months, after the coal ministry had examined nine blocks whose surprise low bids prompted the designation "outliers".

The move to re-examine "price discrepancies" drew criticism from industry watchers, with some experts saying reassessing the auctions after the posting of the highest bids sends the wrong signal to the market ahead of more auctions.

"Unfair to even suggest that the bids were low, in fact the bids were substantially above the base prices set by the government," Chairman Naveen Jindal said in a Twitter post. 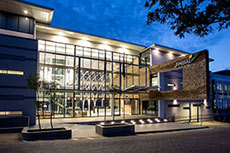 Jindal Steel & Power has opened a new headquaters in South Africa and signalled its intent to expand further into the region.

Jindal Steel will stop buying coking coal from Australia three months from now, according to a senior company official. 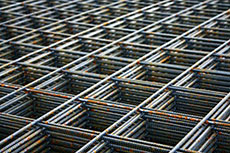 Shares in Jindal Steel and Power Ltd. fell by 24% as Naveen Jindal was named in a criminal case by the Central Bureau of Intelligence