Researchers at GE’s Oil and Gas Technology Centre in Oklahoma have been awarded nearly US$1 million in Phase I funding by the US Department of Energy’s National Energy Technology Laboratories (NETL) to plan and propose a large scale pilot testing of its CO2 Capture technology solution.

GE chemists have developed a solution that uses a class of amino silicone compounds at various temperatures to capture carbon. These compounds are the same as those found in hair conditioners and fabric softeners. GE is using them attach to and essentially wash out CO2 gas from a power plant flue stack.

At temperatures of around 105°F, the amino silicone materials attach to CO2 gas. When the heat is increased another 100°F, these materials release the carbon and can then be re-used to capture more. One of the big advantages of GE’s technology is that it does not require any water, which substantially reduces the energy required to capture the carbon.

“For decades, scientists from around the world have focused their efforts on finding more effective, less expensive ways to reduce CO2 emissions in the atmosphere,” said Phil DiPietro, Technical Manager, CO2 Capture and Separation, GE’s Oil and Gas Technology Center in Oklahoma City. “GE scientists have developed an innovative solution to realise both goals, which works well in the lab. Through this project, we will have the opportunity to perform tests at a much larger scale to learn how to make it work in a power plant.”

As part of Phase 1 funding, GE will advance planning of their amino-silicone CO2 Capture Technology towards large scale pilot testing. It is expected that two of the six Phase 1 projects will be selected for Phase 2. The Phase 2 awards for construction and execution of pilot testing is anticipated by mid-2016.

TCM Managing Director, Mr. Roy Vardheim, said: “We are very satisfied that the close co-operation between the US and Norway now facilitates bringing leading technologies and companies to our world class testing arena at Mongstad.” 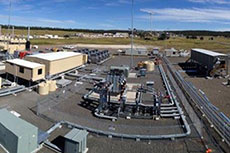 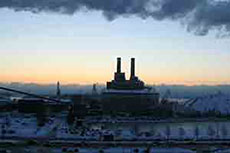