Coal will surpass oil as the key fuel for the global economy by 2020, according to energy consultancy firm Wood Mackenzie (Woodmac).

Despite government efforts to reduce carbon emissions, rising demand in China and India will push coal past oil, as the two countries will rely on the cheaper fuel to power their economies. Coal demand in the US, Europe and the rest of Asia will remain stable.

Global coal consumption is expected to rise by 25% by 2020 to 4500 million t of oil equivalent, overtaking oil at 4400 million t, according to a Woodmac spokesperson at the World Energy Congress (WEC).

“China’s demand for coal will almost single-handedly propel the growth of coal as the dominant global fuel,” said William Durbin, president of global markets at Woodmac. “Unlike alternatives, it is plentiful and affordable”, he added.

Already the top consumer of coal, China will drive two-thirds of the growth in global coal use until 2020. Half of China’s power generation capacity to be built between 2012 and 2020 will be coal-fired.

In Southeast Asia, coal will become the largest contributor to the region’s energy mix. The fuel will generate almost half of Southeast Asia’s electricity by 2035, up from less than a third now, the International Energy Agency (IEA) announced earlier this month.

According to the IEA, this will contribute to a doubling of the region’s CO2 emissions from energy sources to 2.3 Gt by 2035. 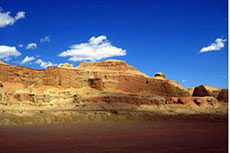 Chinese officials have announced the construction of a huge coal gasification project in the Xinjiang region.

The 12 main government-owned ports in India have reported a 44% year-on-year increase of imported thermal coal.

Thermal coal exports from Australia are expected to rise as China and India invest more in imports.