At full capacity, OPG expect unit generation costs to be lower in Gujarat than in Tamil Nadu, principally on account of the size of individual units, and the company expect average tariffs across the group to reflect an increasing mix of sales between the two states. OPG currently expect this average to be around Rs 5.00 per kWh for the financial year 2016, reflecting the strength of industrial tariffs in the two states and the continued differentiation brought about through a flexible operating model.

The commercial start-up of the Gujarat plant is a milestone event for the group as it will not only significantly increase the scale of OPG’s commercial operations but will also provide a second strong platform on which to base future development.

Gujarat has been amongst the most progressive states in the country in implementing measures to improve the health of the power sector. Power generation has been rising by over 5% per year recently, accompanying the growth in industry and commerce as well as domestic and agricultural activity in the state. Tariff increases in recent years, along with fuel price adjustments, have sought to provide a degree of investor protection and position the state as an attractive investment destination. Although Gujarat does not have its own coal resources, the state does boast two of India’s three ports able to accommodate Capesize vessels with automated coal handling facilities. Both ports are a short distance from the plant and therefore OPG expect to maintain their track record of efficient coal procurement.

Read the article online at: https://www.worldcoal.com/coal/14042015/opg-power-ventures-operational-update-2171/

Operations at Mongolia’s Tavan Tolgoi coal mine halt, amid a disagreement between mine operator and contractor. 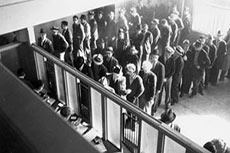 The Integra mine closures will cost 500 jobs as the Glennies Creek and Camberwell mines shut.

The Colombian government has said that it expects Drummond to resume exports of coal from the 24th March.

Prophecy Coal announces it has resumed operations at Ulaan Ovoo coal mine in Mongolia.