Globally, there are 1.3 billion people who do not have access to electricity. Nearly half this number resides in sub-Saharan Africa. In South Africa, approximately 85% of the population uses electricity for lighting and about 75% use it for cooking as well. Access to energy and electricity is crucial for alleviation of poverty.

South Africa’s state utility, Eskom, provides 95% of the country’s electricity. Its electrification programme has improved electricity access since 1994, when more than 60% of the population lacked access. The programme was made possible by the low cost of electricity, which was also the basis for the universal access and provision of Free Basic Electricity Policy of 2003 (50 kW/month) for poor households connected to the national grid.

Electricity prices in South Africa increased by 78% between 2008 and 2011 and will continue to rise in real terms for several more years. This has significant impacts on affordability and continued access to electricity for many households. It also places significant pressure on businesses, particularly those that are energy intensive, as many are in a developing country.

In addition to the rising cost of electricity, supply has been struggling to meet increasing demand. During 2013, Eskom has operated with a reserve margin as low as 1%, despite a drop in electricity demand, due to the declining performance of an aging fleet of coal-fired power plants. Preventive maintenance at these power plants has been delayed, while there have also been delays in construction of two new 4800 MW coal-fired power plants. After rolling blackouts in 2007/2008, three previously mothballed power plants were recommissioned and an energy efficiency drive was initiated. These, coupled with the economic downturn, resulted in temporary relief of pressure on the grid. However, electricity constraints have resulted in slower economic development.

The role of coal in South Africa

According to the International Energy Agency (IEA), in 2011, coal provided 30.3% of global primary energy needs and 42% of the world’s electricity. Coal was also the second fastest growing energy source, second only to renewables. Coal is the most abundant, affordable and widely distributed fuel, which makes it a reliable fuel source in the face of energy poverty.

Coal is the cornerstone of energy in South Africa. Coal is used to produce 93% of electricity and 30% of liquid fuels. Eskom is currently constructing two new coal-fired power plants of 4800 MW each, which will increase the relative proportion of coal in the energy mix in the short to medium term.

In addition to the role that coal plays in energy security, it is also the top revenue earner, ahead of platinum and gold, for South Africa. In 2012, the coal industry employed almost 80,000 people, in a country with a 25% unemployment rate.

As the 12th largest CO2 emitter globally, South Africa made a commitment at COP15 in Copenhagen to reduce emissions by 34% and 42% from business as usual by 2020 and 2025, respectively. This commitment is, however, conditional on fair, ambitious and effective agreement in international climate change negotiations and provision of financial and technical support from the international community.

To meet this commitment, an integrated resources plan (IRP) was developed in 2010 that determined what technologies will contribute to additional electricity generation capacity between 2010 and 2035 under a policy-adjusted scenario that is a compromise between low carbon and lost cost strategies. Of the 42.6 GW of new capacity to be built in this timeframe, 42% will be renewable energy, 9.6% nuclear, 21% gas and hydro-electric (import) and only 6.3% will be coal. Even with these new build targets, coal will still account for 65% of energy share in 2035. Delays to the scheduled nuclear and renewable build programmes will mean coal will continue to fill the gap until these alternatives come online.

It is clear that South Africa will remain dependent on coal for energy. Anglo American believes that improved coal-based generation efficiencies through supercritical and ultra-supercritical power plants, followed by carbon capture and storage (CCS), can help meet the dual goals of cutting CO2 emissions, while enabling economic growth and reducing both poverty and energy deprivation.

While progress on clean coal technology has been positive, it has not been as rapid as hoped. The slow development and upscaling of CCS on a global scale is concerning. The IEA’s Blue Map scenario indicates that no single mitigation response will suffice: all options must be used, including CCS and other forms of CO2 capture. According to the latest IEA models, CCS should account for 17% of emission reduction by 2035. The mitigation of CO2 emissions from the current and future use of fossil fuels will require the deployment of all forms of currently available and emerging technologies.

Nikki Fisher is the coal stewardship manager for Anglo American’s thermal coal business unit. This article was first published in the August 2013 issue of World Coal.

Read the article online at: https://www.worldcoal.com/coal/13092013/energy_security_and_low_carbon_economies_39/ 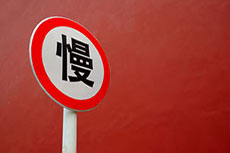 Trends in China’s coal industry will work against increased imports of seaborne coal. 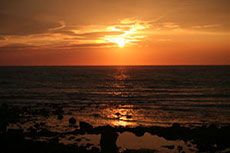 Despite competition from natural gas, coal will continue to be the fuel of choice for global electricity generation.