The additional coal lease applications have an area of 640 hectares and the entire property now encompasses an area of 8202 hectares and stretches over a length of 23 km. Significant coal seam intersections were identified and traced South to North along the entire extent of the property. Coal outcrops were sampled for proximal and petrographic analysis, which verified historic Alberta government exploration reports which indicated the coal rank to be mid-volatile coking coal.

Commenting on the new property acquisition, Gene Wusaty, President and CEO said, "We are adding additional properties with favourable coal structure to our Altitude North Project portfolio. We will be planning another field reconnaissance programme for Altitude North for additional mapping, sampling the coal outcrops and identifying future drill targets."

Read the article online at: https://www.worldcoal.com/coal/06102015/altitude-resources-inc-acquires-additional-coal-lease-applications-2964/ 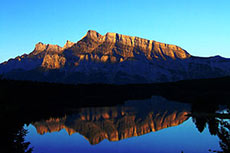 Altitude Resources has announced a resource estimate comprising of 15.0 million t at the Palisades coking coal project in Alberta, Canada.