At Minerals Week in Canberra, Andrew Mackenzie, CEO, BHP Billiton, gave a speech about the contribution the resources industry continues to make in Australia. He explained: “The Australian resources industry has many competitive advantages, including our superior resource endowment, geographic location close to our key customers, infrastructure linking these resources to markets, a skilled workforce and a stable political environment.”Mackenzie called on the resources industry to be the forefront for sustainability and innovation.

He continued: “While at times, we have faced challenges, this equality and pragmatism has delivered the stable government, which built Australia’s reputation as a reliable and ethical supplier of commodities.

“Ever since coal was first discovered near Newcastle, a decade after the arrival of the First Fleet, our industry has been a cornerstone of the Australian economy.

“The economic benefits from mining increased our standard of living and saw Australia emerge as one of the world’s strongest economies and wealthiest nations.

“Our notion of the fair go has also seen us strive for ever safer working conditions, endorse and promote free trade, advocate tolerance and free speech and push for inclusiveness and recognition of Indigenous Australians.”

Mackenzie emphasised the significant contribution mining has made in Australia’s economic landscape and the contributions made by mining companies to communities and governments through paying taxes and royalties at both federal and state level.

Mackenzie said mining and resources companies have the potential to not only be an exporter but an implementer of profitable new ideas.

He explained: “The mining sector must lead the way with innovation and sustainability to maximise the economic and social benefits of our operations and minimise our environmental footprint.”

“To become an exporter of new ideas Australia must become a leader in education and develop a pipeline of talent, knowledge and skills, especially in the STEM subjects. The resources industry needs to work more closely with leading universities and other research organisations such as CSIRO.”

Mackenzie also mentioned BHP Billiton’s plans to aid global issues such as climate change. He said: “At BHP Billiton, we are taking action to reduce our emissions and remain on track to keep these emissions lower in 2017 than they were in 2006 despite year-on-year increases in production since then.”

Mackenzie’s speech focused on how the minerals and resources industry is central to development of long-term policies and regulatory frameworks that affect the industry in Australia and therefore should be actively working with the Government.

Read the article online at: https://www.worldcoal.com/coal/03062015/resources-industry-should-lead-the-way-on-innovation-and-sustainability-2356/ 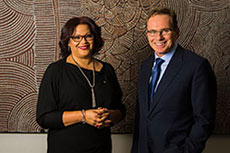 The announcement reflected upon the historic step changes in formal recognition of the rights and interests of Aboriginal peoples. 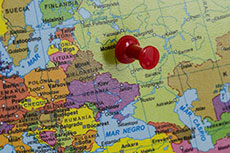 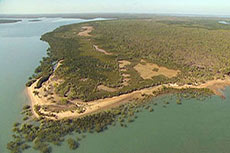 According to Business Monitor International (BMI), a slowdown in Australia’s economy and mining activity will dampen construction growth.