The long-running dispute between the United Mine Workers of America (UMWA) and mining companies Arch Coal Inc. and Peabody Energy Corp. took another turn as a US law court dismissed the lawsuit filed against Arch and Peabody by the UMWA.

Following the bankruptcy of Patriot Coal, the UMWA took their dispute over retiree and healthcare benefits to a federal court, filing a lawsuit against Arch and Peabody.

The union asserts that coal industry workers are entitled to lifetime benefits, a position that has been held since 1946, when President Harry Truman took control of the nation’s coal mines during a strike. His administration signed an agreement with the UMWA, establishing an industry wide pension and healthcare programme. It is this programme that union members now fear is under threat.

Patriot was first created in 2007 in a spin off from Peabody Energy. Though Patriot was initially successful, the company has been badly affected by the downturn of coal prices since 2010.

The UMWA is now suing Peabody, accusing the company of creating Patriot as a means to dispose unprofitable assets, thereby setting it up to fail. The UMWA said Peabody gave Patriot 16% of its assets and 40% of its retiree liability.

Patriot acquired further retiree liabilities when the company bought Magnum Coal in 2008. Magnum had been born in similar circumstances to Patriot, having been created by Arch Coal in 2005 in move which saw Arch transfer 12% of its assets and 97% of its liabilities to Magnum, the UMWA said in court papers.

Patriot has more than three times as many retirees as miners and 90% of its retirees have never worked for Patriot.

Patriot has suggested that the spin-off in which it was created removed US$ 600 million in healthcare and environmental liabilities from Peabody’s accounts. Meanwhile, the union suggested that, while Peabody remains profitable, it should remain liable for providing healthcare to workers.

Eight retired miners and the UMWA filed the lawsuit against Peabody and Arch on behalf of 10,00 union retirees. The complaint accused the companies of violating the federal Employee Retirement Income Security Act (ERISA), by spinning off union subsidiaries to rid themselves of liabilities.

In a 13-page order, Judge Joseph R. Goodwin granted motions by Peabody and Arch to dismiss the lawsuit.

In separate statements, Arch Coal and Peabody said the ruling was validation of their legal positions.

“Our position has been that this case was without merit and we are pleased the court has agreed,” Peabody spokesman, Vic Svec, said in a statement.

The UMWA, however, reacted to the ruling with disappointment, and indicated it would appeal against the decision.

International president of the UMWA, Cecil Roberts, said the decision “fails to recognise the purpose of ERISA, which is to protect the benefits employees have earned.”

“Our members who are at risk of losing the retiree healthcare benefits Peabody and Arch promised them clearly earned those benefits. We will continue to fight for them in every possible venue until those benefits are secure.”

Read the article online at: https://www.worldcoal.com/coal/01102013/court_dismisses_lawsuit_against_arch_coal_and_peabody_energy_86/ 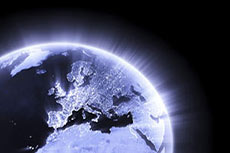 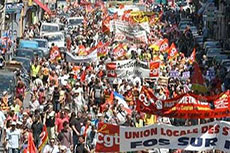 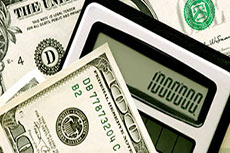 Union claim lifetime benefits for mineworkers, established in 1946, are under threat.