Kazakhstan could witness the development of a large coalbed methane (CBM) sector over the coming decades, according to industry professionals.

International representatives of companies with CBM interests discussed the future of Kazakhstan’s CBM sector at an international forum.

Representatives of Russian, Spanish, Chinese and US companies working within the CBM sector shared industry experience of extracting simple hydrocarbons from coalbeds, and debated both the available technology and what technology would be necessary to develop Kazakhstan’s CBM industry.

The international forum was organised by the KazTransGas and Sary-Arka companies, with the aim of sounding out what options were available for gasification in Kazakhstan and building a new energy industry in the country.

“We are in talks with potential investors. The project’s aim is for Karaganda and Astana to use new energy sources. The question is their cost. To reduce it, we are studying the existing technology in the world,” Deputy (Akim) Governor of the region Anuar Akhmetzhanov said.

Preliminary research suggests there may be as much as 900 billion m3 of gas in Kazakhstan’s main coalfields – 85% of all reserves in Kazakhstan. The total annual demand for gas in the region is 1-1.5 billion m3. Back in Soviet times, works were carried out in the coalfield on safe exploration and production of methane. The task now, according to industry professionals, is upgrading technologies in the priority sectors of the economy.

According to local experts, the development of production and utilisation of CBM will give non-conventional clean energy and partly replace the coal used in the energy of the industrially-developed central and eastern regions of Kazakhstan. As international experience shows, methane in the utilities sector and cars will replace less environmentally-friendly and more expensive liquid hydrocarbons and liquefied gas.

New production would create new jobs, according to local Kazakh media. With industrial development of methane, coal mines’ emissions, as well as the economic costs of the subsequent extraction of coal, will decrease, while mining safety in the pits will increase, forum officials said.

Carlos Barat, director of the Spanish production company Cobro, sees cooperation with Kazakhstan as promising and believes that production costs in the region will be much lower than in Europe due to the natural conditions of flat terrain and shallow deposits.

The Sary-Arka SEC received two contracts for subsurface use and survey works are already underway. Kazakhstan lacks its own matured technology, it was stated. In the past year, the first 800 m well was drilled in the Taldykuduk field and the experience proved that methane production is not as simple as it seemed.

“We thought it was enough to drill a well for the gas to go from it, like in oil and gas extraction. But this method proved to be not applicable to methane, which has its own quirks and nuances,” Yessen Yesirkeyev, specialist of Taldykuduk drilling company, admitted. “We are now studying the difficulties and conducting tests.”

A roadmap of the projects is ready and relevant legislation is in the making. The process of industrial production of CBM in Kazakhstan will take a long time, investors warn. This in turn necessitates tax incentives to attract investors. The company expects to get down to commercial production no later than in 2017.

Read the article online at: https://www.worldcoal.com/cbm/23072014/developing-the-coalbed-methane-industry-in-kazakhstan-cbm83/

Allegiance Coal Ltd has provided an update regarding near-term production guidance from the Black Warrior and New Elk mines.

Risks and opportunities facing the coal industry in Russia and the CIS. 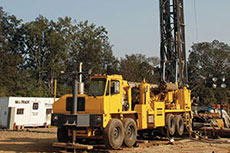 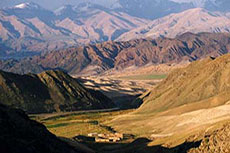 Weir Minerals is to add a new service centre location in Kazakhstan, the third new centre to be opened this year.

Business Monitor forecasts that Kazakhstan’s mining industry will grow to US$ 29.5 billion by 2017.