AGL Energy has announced in a press release that it will invest in a desalination plant, which will remove salt from produced water released during coalbed methane (CBM) production in Gloucester.

AGL proposes that a desalination process, which uses reverse osmosis, will be the primary water treatment technology for produced water at the Gloucester Gas Project.

AGL said that it has taken into account community feedback concerning the management of produced and flow back water and options suggested by Gloucester Shire Council in their recent produced water report.

AGL’s Manager of Hydrogeology, John Ross, said the desalinated water, which will have low levels of salt similar to drinking water, could be primarily used for irrigation purposes with the residual salt crystallised and disposed at a licensed facility.

“There are so many beneficial uses for the freshwater once it has been desalinated. Gloucester Shire Council also found this to be the case in their recent produced water report,” Ross said.

“Our draft strategy proposes that the freshwater can be used for irrigation, however, we are looking at ways to make the water available to third parties in the local area,” he added. “This could include some of the preferred options in the Council’s report, such as new industries, aquaculture, irrigating green areas in Gloucester and forestry.”

Reverse osmosis has been previously used to treat brackish and saline water both in Australia and around the world.

“Another advantage of desalinated water is that we can control the water quality to achieve what we need for different uses,” Ross said.

Read the article online at: https://www.worldcoal.com/cbm/08082014/desalination-plant-will-be-built-for-cbm-project-cbm90/ 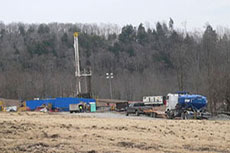 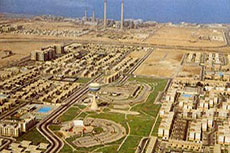 Video shows a year of construction of a water treatment plant for QGC’s CBM to LNG project in Queensland, Australia.

South African minister says Emalahleni water-reclamation plant “is a model” for how coal mines should deal with wastewater.

Current and future trends in coal mine water management.