Aleksandra Tomczak, World Coal Association, discusses how policy and regulation in the EU will impact the coal industry in 2014.

Companies operating in the energy sector in the EU are likely to see the next 12 months dominated by discussions around the new Energy and Climate Policy Framework for 2030, as well as new environmental standards proposed as part of the Clean Energy Package. For the coal industry, it is not climate targets, but environmental regulations, that are likely to be most challenging.

New environmental standards for coal-fired power plants and smaller coal-fueled boilers could prove challenging for the position of coal in the EU. The three key initiatives to watch are:

According to Bernd Bogalla, head of European affairs at the German Hard Coal Association, the revision of BAT standards for large combustion plants could result in more ambitious technology requirements on all new coal-fired power plants in the EU. A new standard for mercury emissions, which were not covered by previous EU rules, has also been discussed, but this falls outside the scope of current legislation.

Also problematic could be two other pieces of legislation targeting smaller combustion plants and defining emission limits per member state. Until now medium combustion plants in Europe have only been subject to national regulations. According to EURACOAL, small heat producers using coal might find it difficult to comply with any new EU rules, while the newly proposed national emissions ceilings might trigger new regulatory action against large point-source emitters, such as power plants, given the political reluctance to tackle emissions from transport.

Also on the European Commission (EC) agenda is a proposal for a 2030 Climate and Energy Policy in January this year. The proposal includes a binding target for greenhouse gas emissions reduction of 40% by 2030, and a non-binding target for a 27% share of renewable in the EU energy mix by 2030. The package also includes a proposal to reform the EU’s Emissions Trading Scheme.

The EC would like to see all elements of the package finalized in 2014. However, with the growing controversy around the costs of the EU’s climate policies and the forthcoming European Parliament elections, reaching any final decisions within that timeframe will be challenging.

More than any other issue, the economic competitiveness of the EU’s industrial sectors could set the tone for the negotiations. Until now, companies in EU member states have been granted some relief from the costs of decarbonisation. According to Brian Ricketts, secretary general of EURACOAL, the EC proposes to continue this relief for the energy-intensive sectors, but an EC probe into Germany’s energy subsidies could see other sectors in the country facing higher costs with the growing burden of renewable energy subsidies, which runs to billions of euros each year.

EU elections scheduled for May 2014 could have an impact on both energy and climate policies. The elections will result not only in new members of the European Parliament from all EU member states but also new commissioners (ministers) and a new president of the European Commission.

This is an edited extract of an article that first appeared as TOMCZAK, A., “What to watch in 2014: Policy developments that will shape the coal industry”, Cornerstone (Spring 2014), pp. 19 – 25. Cornerstone is the official journal of the World Coal Association.

The possible impact of the elections in India and Indonesia on the global coal industry. 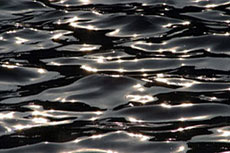 Stanford University’s decision to stop investing in coal companies can only ever be symbolic, as experts say it will have no financial impact.