Stanmore Coal took just six months to re-open the Isaac Plains metallurgical coal mine and, in doing so, marked the culmination of eight years of preparation for the company to transition to production, having started life as an ASX listed explorer.

The move makes Stanmore Australia’s newest, low-cost metallurgical coal exporter and the only ASX-listed junior producer in Queensland’s Bowen Basin, which exports over 150 million t of high-quality metallurgical coal into the global steel industry each year.

“The transition back into production took plenty of hard work but we are off to a very strong start,” Nick Jorss, Stanmore’s Managing Director, told World Coal.

“We recognise we are swimming against the tide in the coal sector as we look to create value for our investors and the central Queensland community,” continued Jorss. “We believe we’ve picked the right point in the cycle to shift into production with operating costs having reduced by more than one third and some positive pricing signs that the coal export market has bottomed.”

The mine, near to the town of Moranbah in the heart of the Bowen Basin and which had a peak production of 2.3 million tpy, was placed into care and maintenance by former owners, Vale SA and Sumitomo Corp. in September 2014. Stanmore acquired the mine for a nominal sum in November 2015, along with more than AUS$350 million of operating and infrastructure assets, including a Bucyrus BE1370 dragline, 3.5 million tpy coal handling plant and train loadout.

Stanmore also acquired the neighbouring Isaac Plains East deposit from Peabody Energy in July 2015, and the mine infrastructure will support both operations.

The company carried out careful research before finding the right assets. According to Jorss, joining together the two adjacent assets has given Stanmore the full operational structure of an existing mine, as well as a significant, low-cost mine life extension to ten years.

Coinciding with first coal in April 2016, Stanmore announced an upgrade to JORC compliant coal resources (76.9 million t) and reserves (15.7 million t) that will effectively extend the mine life from three to more than ten years, subject to approvals.

Operating costs at the mine have been reduced by 35% through a combination of optimising the mine plan for 1.1 million tpy in product coal, reducing take-or-pay commitments for rail and port access and negotiating contract mining rates in line with prevailing market conditions. 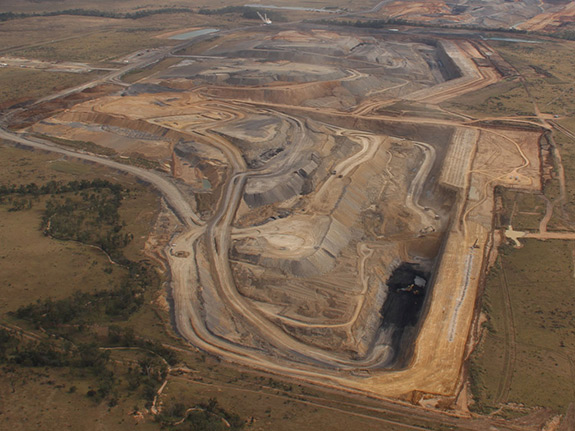 “All of this has put Isaac Plains in a very competitive position as a low-cost metallurgical coal producer, making our current operations sustainable even in these tough market conditions,” Jorss explained. “Our recent work around our Isaac Plains East extension has confirmed it as a low strip ratio, high yielding metallurgical coal deposit, which will materially reduce our operating costs again.”

Stanmore has commissioned Golding Contractors to operate the mine and preparation plant under a three-year contract.

“The re-opening has created more than 150 mining jobs at site with enormous flow-on benefits for the regional community, which is something we are very proud of,” said Jorss.

The mine will contribute over AUS$7 million a year in royalties to the Queensland government, an amount that is expected to increase with the company’s future expansion plans. Stanmore also takes over the obligations to the state government for rehabilitation of the mine site, backed up by substantial bank guarantees, and has accelerated plans to rehabilitate mined out areas.

Stanmore Coal began in 2008 and has had considerable success exploring and developing its own projects, as well as actively but cautiously growing by acquisition.

“We have always had a strong growth focus but the current market conditions are throwing up some very good opportunities that aren’t typically available in a better market, as some of the large international players look to rationalise their portfolios or exit coal altogether,” said Jorss. “These mines are well suited to smaller, low-cost, experienced operators who know the Queensland industry well.”

The company holds numerous exploration and development assets located in the Surat and Bowen Basins with more than 1.3 billion t of JORC resources within the portfolio.

“Our board and management team have over 200 years of combined coal industry experience, and have lived through previous market cycles,” Jorss continued. “We have the capital and the confidence in the outlook for metallurgical coal to pick the right time to invest and the right opportunity.” 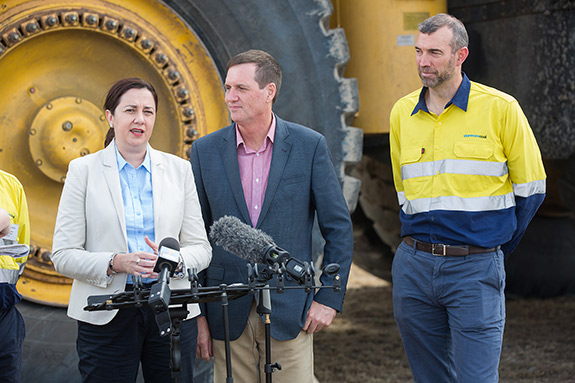 Queensland Premier Annastacia Palaszczuk officially re-opens Isaac Plains at a ceremony in May 2016. 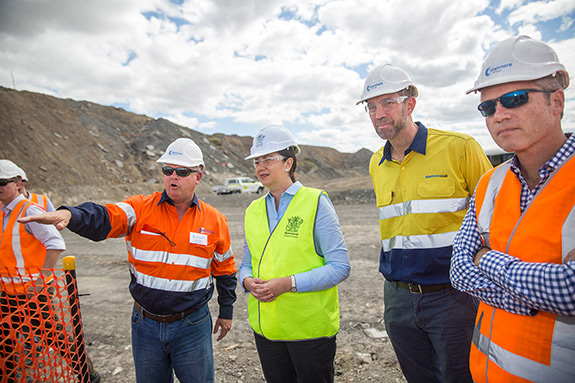 “Metallurgical coal is essentially a scarce resource that is being depleted at a rapid rate of knots with more than a billion tonnes a year coming out of the ground to meet global steel demand,” Jorss explained.

“Benchmark metallurgical coal prices have already lifted materially in the last two quarters but are still unsustainably low for many producers. When the supply-demand situation actually switches, there will be a shortage of quality projects and the lead times for development are getting longer and longer due to increased regulatory constraints,” Jorss concluded. “The seeds of the next upswing are being sown as we speak.”

Read the article online at: https://www.worldcoal.com/special-reports/22092016/planting-seeds-of-potential-2464/