Viewed for years as a hazardous gas requiring removal from underground mines, coal mine methane (CMM) has become a viable fuel source for generating electricity at the Appin and Tower coal mines in New South Wales, Australia.

Located near vast reserves in one of the world’s major coal-producing regions, BHP Billiton’s Appin and Tower longwall mines produce two million tpy of clean metallurgical coal within the Sydney Basin. The New South Wales Department of Mineral Resources estimates that the Sydney Basin and two other New South Wales basins have the combined potential to yield as much as 511 billion m3 of recoverable gas.

The Appin and Tower sites constitute what is arguably one of the largest coalbed methane (CBM; also known as coal seam gas) energy projects in the world – and one of the world’s largest reciprocating engine-generator installations of any kind. Consuming 600,000 m3/d of CBM (supplemented when necessary by natural gas), the generating equipment delivers a combined 97 MW of continuous capacity to the local utility grid. 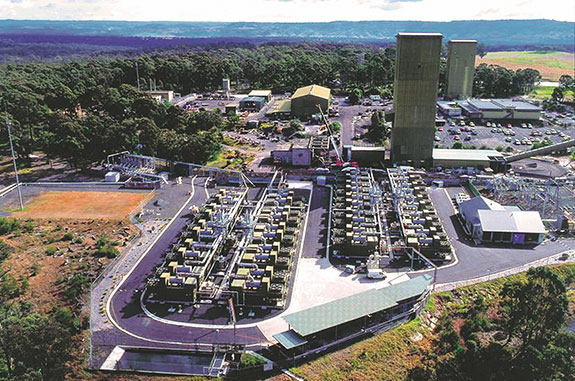 Designed by Caterpillar for CBM and other low-energy fuel applications, the gensets have been in place since 1996, with 54 operating at the Appin power Splant and 40 at the Tower plant. Both power stations are owned and operated by EDL.

Despite some concern that multiple reciprocating generator sets would pose challenges with service, parts and consumable supplies, analysis found that the engine-based system was the most attractive solution based on both capital and long-term operating costs.

Ten of the G3516s in use at Appin have operated for more than 100,000 hr without having a major overhaul, says Wal Hammonds, EDL’s Operations and Maintenance manager at the Appin power plant. “We have had a very good run with these engines. It’s quite incredible to think that they are running on the same bearings that were installed almost 13 years ago.” Hammonds says.

Part of the logic for having so many relatively small engines was confidence that they were a mature engine that would have a very low operating cost, Hammonds says. “We did consider the larger 3 MW units and, although there would have been a lot less of them, we had less confidence, as it was a newly developed product,” Hammonds says. “With time, it has turned out to be a wise decision and we have not regretted having so many small engines. Our operating costs have been very competitive with any other supplier or any other power plant.”

The Appin and Tower power plants operate as many engines as needed to consume all of the waste CMM. When operating, each generator set runs at full capacity. During peak hours, from 7 a.m. to 10 p.m. on weekdays, the CBM is supplemented with natural gas as necessary to deliver the generators’ full rated output. In off-peak hours, the units deliver the maximum output possible based on CMM availability.

In total, each G3516 unit operates approximately 8000 hr/y. Uptime at both power plantsaverages in the upper 90th percentile, says Hammonds, adding: “Many people were concerned about the high number of engines, the amount of moving parts and how much maintenance would be required. But, the maintenance requirements are certainly not prohibitive with this equipment—we’ve really encountered very little unscheduled downtime.”

The power plants have enough capacity to supply electricity to 60 000 homes. The power plants’s electrical output is considerably greater than the coal mine’s demand, so almost all of the power is exported to the grid and distributed to the adjoining suburbs. The rest is used to power the mine’s operations.

Each power plant can operate in island mode and power the mining operations when there is a power outage. In once instance, the Tower facility operated for a week in island mode.

EDL has a long history of collaborating with Caterpillar and EPSA to develop projects in the landfill gas and waste coal mine gas sectors. Across the EDL fleet, the majority of the generator sets are Caterpillar.

“We certainly use the Caterpillar dealers for our parts supply, based on their regional coverage, and we use EPSA for our project development work,” Hammonds says. “Parts delivery from Cat dealers is very good, so we have always relied on their excellent system. We only maintain small inventory of consumables, knowing that the dealer can get parts here quickly.”

Visitors come to EDL’s Appin & Tower plants to see the scope of the project and determine how they might apply some of the same technologies in their own operations. “When we have visitors, we are always very proud to represent our company and the Caterpillar product,” Hammonds says. “I’m sure there are many other projects in the world that have benefited from site visits to this facility.

Read the article online at: https://www.worldcoal.com/special-reports/22012015/tower-of-power-caterpillar-gensets-turning-cbm-into-electricity-at-two-coal-mines-coal1761/ 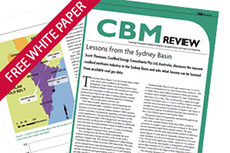 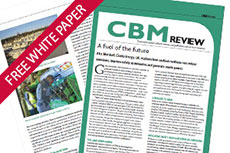 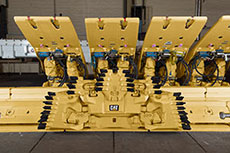 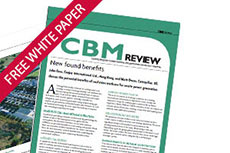