Coal, like every other sector of the economy, is under pressure to reduce its carbon footprint, lower hazardous emissions and reclaim abandoned lands. The good news is that much is being done to clean up its environmental act.

Coal mines have significant sources of GHG emissions. A large, opencast operation, for instance, can produce well over 1 million tpa of CO2e. About one third of emissions come from the shovels and trucks that mine and transport the coal. The second largest source is stationary treatment, primarily processes that clean, screen and dry the coal.

Teck Resources, based in British Columbia, is one of the world’s largest suppliers of metallurgical coal exports. Every year, over 25 million t of coal are mined from a string of opencast mines in the Crowsnest Pass region of the Rockies and shipped to steel mills in Asia. For over a decade, Teck has been inventorying and reporting greenhouse gas (GHG) emissions, as well as working to reduce them. Efforts start with long-range planning, such as designing a mine to optimise flat hauls to reduce diesel consumption. Purchasing fuel efficient truck engines and matching them to the optimal truck haul-size also reduces emissions per tonne.

Energy consumption at stationary sources has also been lowered. Decanter devices mechanically reduce moisture-load before coal enters the dryer. Switching to natural gas in the dryers also reduces emissions. Variable speed motors on pumps and fans can be fine-tuned to each load, reducing electricity consumption.

While coal itself is mainly carbon and hydrogen, most seams contain a spectrum of metals, salts and inorganic compounds that were deposited in conjunction with the coal. Groundwater, percolating through a mine, becomes contaminated due to the presence of pyrite (iron sulfide) in the coal and adjacent strata. When contacted by groundwater and air, dilute sulfuric acid is formed. The acidic water in turn dissolves iron, aluminium and manganese present in the mine. It also picks up clays, CO2 and minute particles of coal in suspension. An underground mine can have up to 10,000 gal./min accumulate in lower passages. Typically, that water is pumped to surface.

Once it reaches the surface, a plethora of regulations cover the treatment of mine water. While water quality standards are set by federal agencies (such as the EPA’s Clean Water Act, or CWA), the power to permit and monitor water quality is delegated to the state level. Using the CWA guidelines, each state issues a National Pollutant Discharge Elimination System (NPDES) permit to every coal mining operation. The NPDES permit specifies the required water quality before discharge and is subject to periodic review and renewal.

The majority of mines use various passive systems, in which mine water is pumped into lined ponds where total dissolved solids (TDS), coal particles and metals settle out. If the water is acidic, it is treated with lime to neutralise pH. The water is then returned to rivers and lakes through managed discharge, in which it is diluted with surface water during the rainy (high flow) season.

Some mines, however, have large amounts of salts, metals or other contaminants that are not readily handled by passive systems, and must use active treatment systems. Because of the diversity of conditions, active water treatment suppliers must determine the content (and range of contents during the course of a year). Technicians use gas chromatography (GC) and liquid chromatography (LC) for organic content. For metal analysis, inductively coupled plasma (ICP) is used. All are commonly paired with mass spectrometry (MS) devices. A treatment stream is then devised to handle the contents (and their seasonal variability), volume and byproducts.

Pre-aeration is often the initial treatment step; this drives off the CO2 and lowers acidity. The mine water then goes to an aeration tank to oxidise iron and manganese ion. The mine water is then sent by gravity to a cone-shaped clarifier tank. There, the denser, solid particles settle to the bottom to form a sludge.

The water coming off the top of the clarifier tank is sent to a polishing pond for further settling. The final polished water is pH neutral and has suspended solids typically less than 10 ppm, while the iron, aluminium and manganese contents are at acceptable levels. It can be legally discharged to a surface receiving stream, or reused to clean coal.

The sludge, which is a gooey mix of metals, clay and coal dust, often contains toxic elements. It is treated as hazardous waste and must be disposed of in special dumps. Disposal costs are based upon weight and the price for safely containing the sludge can amount to millions of dollars.

Disposal costs can be vastly reduced by removing as much water as possible. The first step is to add a lime slurry mixture in an aeration tank. This causes the iron, manganese and sulfates to come out of solution, precipitating directly on the surface of the alkalised sludge particles. This high-density sludge is now around 30% solids and is an ideal candidate for further weight reduction through dehydration, to the point where it is close to 100% solids.

Coal companies are receiving public acknowledgement for going above and beyond jurisdictional requirements when reclaiming opencast mines. PacificCorp is a US-based company that supplies electricity to almost 1.8 million customers in six western states. More than half of that electricity is generated from the 8.8 million tpa of coal it produces from its mines.

For over 50 years, Glenrock Coal Co., a subsidiary of PacifiCorp, ran the Dave Johnston opencast mine in eastern Wyoming. By the time the mine closed in 2000, more than 104 million t of coal had been produced.

PacifiCorp went to great lengths to enhance reclamation of the site. The Dave Johnston mine is located in a region where rainfall averages 10 in./year. When reclamation was underway in the 2000s, workers noticed natural seepage from high walls. Using buried pipe and repurposed haul-truck tires, they created manmade springs in which water could accumulate. Today, mule deer, antelope, grouse and birds-of-prey frequent the site.

Serendipitously, the mine was located in a region of high, windy plains. PacifiCorp installed 237 MW of wind turbine capacity in order to serve customers who wished to purchase renewable energy.

In 2012, the National Award for Excellence in Surface Coal Mining was presented to Glenrock Mining for their reclamation of the Dave Johnston mine. The Wyoming Department of Environmental Quality (DEQ) also presented the 2012 State of Wyoming Reclamation Award.

The future is clean

The future holds much promise. Thanks to R&D advances, the cost of installing water treatment systems has fallen exponentially over the last decade. RO systems, for instance, are being upgraded and fine-tuned to handle specific coal-mine needs.

In the longer term, as companies seek out quality ore supplies, they are moving into ever more remote locations, where power availability is an issue. Service companies are working with operators to explore renewable energy sources, such as using wind and solar in their water treatment plants.

There are more than enough challenges to handle in the present, however. Operators who proactively reduce GHG emissions and seek out the latest technologies to increase efficiency and improve their product will not only see a better bottom line, they will also achieve greater social recognition.

Written by Gordon Cope. Edited by Jonathan Rowland. The full report appears in the December 2014 issue of World Coal. Subscribers can view the full article by logging in and downloading the issue here.

Read the article online at: https://www.worldcoal.com/special-reports/09122014/world-coal-special-report-cleaning-up-coal-gordon-cope-coal/ 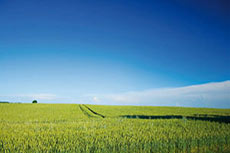 A dual strategy promoting improved generation efficiency and the development of carbon capture and storage is the best path to competitive advanced coal power generation systems.

Drying lignite before combustion in the boiler is an effective way to increase thermal efficiency of lignite-fired power plants.

South African minister says Emalahleni water-reclamation plant “is a model” for how coal mines should deal with wastewater.

The utilisation of low rank coal is the focus of a new partnership between Sotocarbo and Ormosszen.