Global consumption of fossil fuels continues to increase, driving growth in carbon dioxide (CO2) emissions. Indeed, the energy sector accounts for two-thirds of the world’s greenhouse gas emissions. In its World Energy Outlook 2014, the International Energy Agency anticipates that coal and gas will remain the most important fuel sources for electricity generation for the foreseeable future. Equally, the latest report by the Intergovernmental Panel on Climate Change (IPCC) finds that carbon emissions from fossil fuels, such as coal, oil and gas are rising to record levels, not falling.

The urgency for action to reduce CO2 emissions continues as each year passes. Most of us would agree that, however we choose to tackle climate change, we should do so at the least possible cost to the community. For that to happen, one of our essential low-carbon technologies is carbon capture and storage (CCS). The IPCC’s Fifth Assessment Synthesis Report, released in November 2014, shows that CCS is a vital climate mitigation technology. Without it, the cost to avoid a global warming of more than 2°C would more than double (by 138%).

CCS can enable the power sector to produce baseload power with near to zero emissions. While the upfront CAPEX is significant, it delivers reliable long-term baseload power. It can use existing technologies, which are already low cost and proven. It can also address emissions from industrial processes, such as steelmaking and cement manufacture.

CCS technology is active, operational and viable. The Global CCS Institute’s annual Global Status of CCS: 2014 report found 22 projects in construction or operation worldwide, double the number at the beginning of the decade. The CCS industry is poised to move through its most active construction period to date, extending across a diverse range of sectors, such as iron and steel, natural gas and power. The report details nine CCS projects under construction with investments totalling billions of dollars. Eight of these are expected to become operational by 2016.

There are a further 14 large-scale CCS projects in advanced planning, including nine in the power sector, many of which are anticipated to be in a position to make a final investment decision during 2015. This further reinforces the growing confidence in the technical maturity of CCS and offers the prospect of large-scale CCS projects operating by 2020 across a range of industries, fuels and technology suppliers.

The world’s first example of CCS at full scale on a coal-fired power plant went live at SaskPower’s Boundary Dam facility in Canada in October, 2014. Two more CCS projects in the power sector will come into operation in the next two years in the US: the Kemper County Energy Facility in Mississippi and the Petra Nova Carbon Capture Project in Texas. Western Australia will soon have one of the world’s largest CO2 storage projects at the Gorgon offshore LNG project, with injection planned for 2016. 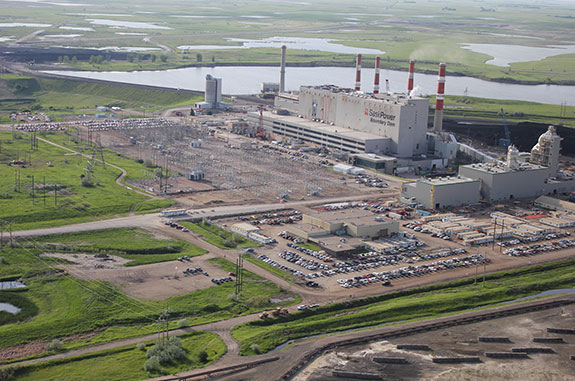 With large-scale CCS power projects now a reality, an important milestone in deployment of the technology has been achieved. This means that it is time to move discussion onto how CCS can best be deployed as part of a least-cost approach to climate change mitigation. We can now move on from arguments about its experimental nature or that it has not yet been applied at scale to fossil fuel power plants.

While there has been steady progress with CCS, particularly in the US, Canada and China, the challenge remains to reduce the costs of this technology. Like any technology, costs are expected to reduce significantly as second generation projects apply learning and expertise from existing projects.

We are already seeing this in action, with CCS demonstration in the power sector gaining valuable design, construction and operational experience by ‘learning by doing’. Being a first-of-a-kind project, Boundary Dam’s operator, SaskPower, has stated that a capital cost reduction of up to 30% is readily achievable for its next CCS project. The world’s power industry is taking a close interest, particularly in how the savings, commissioning procedures and standard operations can be applied to new projects elsewhere.

The question we must ask now is: how we can meet the challenge of developing CCS into a true energy option, to be deployed at large scale?

Strong, sustainable emission reduction policies, which encourage CCS, are urgently needed. The UK is leading the way to a more equitable, market-based approach to low carbon technologies. Its scheme of contracts for difference in the electricity market supports renewables, CCS and nuclear, equitably. This approach leaves the technology choice up to individual private developers to identify the commercial opportunity based on a single contract for difference price. This approach allows investors to make rational economic choices, which deliver lower costs for the consumer.

It is critical that CCS is acknowledged for its role in capturing carbon emissions. The right policy and funding mechanisms are needed to help CCS deliver a least cost, clean energy solution for climate change.

It is clear today’s progress on CCS is the product of the vision our leaders had five to ten years ago. We know the climate challenge is becoming ever more demanding. If we are to gain the benefits the next wave of projects can bring, now is the time for decision makers to make a renewed commitment to this vital technology.

Written by Brad Page. Edited by Jonathan Rowland. This article first appeared in the March 2015 issue of World Coal.

About the author: Brad Page is the CEO of the Global CCS Institute.

Read the article online at: https://www.worldcoal.com/special-reports/09032015/low-carbon-energy-a-new-reality-brad-page-global-ccs-institute-coal2031/