The IEA Clean Coal Centre (CCC), this month celebrates its 40th anniversary. The IEA CCC is funded by its members on a cost sharing basis. Members have direct access to the expertise of the IEA CCC and the impartial analysis and information that it provides. Members benefit from extensive international networking in a collaborative setting. They decide on the work programme of the centre and so direct its research. Residents of member countries and employees of sponsoring organisations can download IEA CCC reports at no charge, after a one-off registration.

The member countries (contracting parties) currently include Australia, Austria, Germany, Italy, Japan, Poland, South Africa, the UK, the US and the European Commission. The centre also has sponsors that are predominantly from non-OECD countries. Current sponsors are Anglo American from South Africa, BANPU from Thailand, BHEL from India, BRICC and EPPEI from China and SUEK from Russia.

An Executive Committee of representatives nominated by the contracting parties and sponsors acts as the board of directors. They meet twice each year. Both sponsors and contracting parties have a single vote at meetings, which means that they have an equal influence over the work programme and policies. Prof. Jürgen-Freidrich Hake of Forschungszentrum Jülich, Germany, is the current Chair of the Executive Committee and Barry MacColl, of Eskom, South Africa, is the Vice Chair. Dr Adolf Aumüller of EVN AG, Austria, is the Honorary Chair.

The IEA CCC was established in 1975 by the International Energy Agency (IEA), which is itself part of the Organisation for Economic Cooperation and Development (OECD). The IEA is an autonomous organisation, founded in 1974, which works to ensure reliable, affordable and clean energy for its 29 member countries and beyond. The original purpose of the IEA was to coordinate a collective response to major disruptions in the supply of oil, such as the crisis of 1973/1974. Now, it has four main areas of focus: energy security, economic development, environmental awareness and engagement worldwide. The Clean Coal Centre is the largest and longest running of over 40 active programmes, or Implementing Agreements, of the IEA. The Implementing Agreement framework provides a legal mechanism for establishing the commitments of the participants and a management structure.

Figure 1 shows Leslie Grainger, a member of the British Coal Board, Dr Ulf Lantzke, Executive Director of the IEA, Alex Eadie MP, Parliamentary Under Secretary of State for the Department of Energy, and Sir Derek Ezra, Chairman of the National Coal Board. They are signing the document that opened the premises of the new NCB (IEA Service) Ltd in Grosvenor Place, London on 6 September 1976. 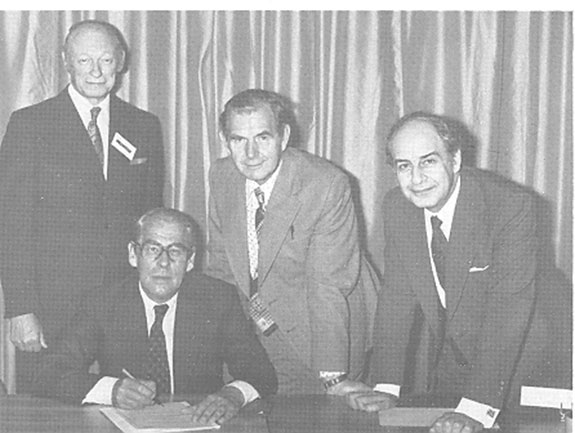 Figure 1. Signatories to the opening of the IEA CCC.

The centre is best known for its reports, of which more than 400 have been published since it opened for business in 1975. The reports cover the whole of the coal chain, including topics such as: country studies and coal markets; emissions and control; CO2 mitigation; pollution control technologies; residues and management; coal properties and analysis; combustion; environmental policy and legislation; mining, production and preparation; power generation; conversion and industrial use of coal; and coal gasification. The topics for research are selected by members of the Executive Committee at the six-monthly meetings and so stay topical.

It is interesting to look back through the library and see how subjects have waxed and waned. For example in the last few years, there has been more interest in power generation than mining and coal preparation. The centre’s first report on CO2 and climate change was published in 1988, four years before the Earth Summit and two years before the first assessment report of the Intergovernmental Panel on Climate Change.

As well as the technical reports, the centre produces country studies that examine the coal resources, prospects and clean coal technologies in many countries. Alongside the reports, it publishes executive summaries and policy notes that summarise the work and emphasise the wider implications of the findings.

Although peer-reviewed reports are the bedrock of the centre’s work, it also hosts a variety of events and publishes subsidiary work. The first Clean Coal Technologies (CCT) conference was held in Sardinia back in 2003 and has been held every two years since. It has travelled around Europe to Dresden, Zaragosa, Thessaloniki and, most recently (May 2015), Krakow. In 2017, by kind invitation of Sotacarbo, CCT2017 returns to Sardinia. This conference is regularly attended by over 200 delegates from all over the world, bringing together industry, utilities, academia, research organisations and government in a collaborative atmosphere to share progress and best practice on the work of cleaning up coal.

The centre also runs various workshop series. Its longest running series is that on mercury emissions from coal (MEC), currently building up to the 11th event. Its series evolve and this year MEC is becoming a multi-pollutant emission event and is running concurrently with a workshop on energy efficiency. It concludes with a half day meeting of the UNEP coal partnership, which has had great input into the Minamata Convention on mercury emissions. The whole event runs from 16 – 20 November 2015 in Chennai, India.

The 5th workshop on cofiring biomass with coal was held at Drax, UK, in September. This is a popular venue as Drax is a world leader in cofiring and biomass conversion. Again, the utilities, industry and academics come together to share knowledge and experience. Previous workshops in the cofiring series have been held in Copenhagen with a site visit to the Avedore plant, Groningen, where delegates toured the Eemshaven site, and State College, Pennsylvania, US, which included visits to a new torrefaction facility and a pellet-making plant.

The centre has run workshops on advanced materials for advanced ultra-supercritical (AUSC) plant and upgrading power plant to increase efficiency. These series are being combined to form a HELE workshop, which will take place in 2016 in Tokyo.

Since 2011, the centre has run a webinar every month. As a report is completed, each author delivers a 30 min. presentation on their work and takes questions over the internet. Webinars are free to view but a one-off registration is required.

The IEA Clean Coal Centre is based in London with a team of approximately 20, largely made up of engineers, scientists and information specialists. Dr Andrew Minchener OBE is General Manager of the IEA CCC. The studies programme of the authors and analysts is managed by Dr Geoff Morrison. The authors’ research is supported by information experts and the finished product is delivered by the publications team. The communications manager and events organiser disseminate the work of the centre and the office is run by the office manager and finance assistant. The centre has a good balance of staff: there are a number of very experienced analysts who have built up remarkable expertise over the years; there are also some newer recruits who bring their attributes to the mix.

Edited by Jonathan Rowland. This article first appeared in the October 2015 issue of World Coal.

About the Author: Debo Adams is the Communications Manager at the IEA Clean Coal Centre.

Read the article online at: https://www.worldcoal.com/special-reports/07102015/a-ruby-anniversary-iea-clean-coal-centre-2953/