Coal gasification for chemicals, gaseous and liquid fuels production can fulfill an important strategic need in those developing countries where coal is the primary fuel source and oil and gas energy security is an issue. At the same time, the establishment of major projects in such countries can be problematical for a number of technical and economic reasons, although it is encouraging that some projects appear to be moving forward.

For several developing countries with low per capita GDPs, gasification based coal conversion looks potentially attractive in that these nations are beginning to exploit their large coal resources. International co-operation via bilateral and/or multilateral arrangements is under way, with mining groups and other industrial developers becoming active. However, it is also evident that the gestation period for both mining and coal conversion projects can be very long and in many cases this is caused by the lack of a viable industrial infrastructure to get the end products to locations that will ensure export opportunities. At the same time, there is little institutional capacity regarding technology deployment and application. This means these countries will need very significant international financial support to establish such major projects, and to attract international developers to implement them as the overall requirements will be much greater than just the coal-to-chemicals/fuels plant.

For those countries that might better be described as industrialising nations, with middle ranking per capita GDPs and which are establishing industrial infrastructures at varying speeds and to varying degrees, some opportunities are being taken forward. However, in many cases the lack of a clear and comprehensive government vision regarding energy resources exploitation, which can be compounded by a lack of effective industrial application, is hindering progress. In addition, those countries that also have large oil and gas reserves will tend to focus any investments on their further exploitation rather than get involved in seemingly more complex coal related projects.

South Africa is the leading global exponent for coal-to-liquid fuels worldwide, with the potential to expand its operations, and is in a strong position to influence developments in the region. Elsewhere in Africa, the more promising developing country is Mozambique where projects for the mining and export of high quality coal are under way although progress is hampered by the lack of suitable transport and shipping infrastructures. Should these problems be solved, the introduction of coal conversion plants would appear to offer a complementary approach by monetising the mining and coal preparation wastes to produce liquid fuels for which there are both internal and export markets. However, the discovery and intended exploitation of large offshore natural gas deposits, including those close to Mozambique, are likely to make coal conversion investments less attractive.

In Asia, leaving aside China which is a special case that is considered below, the most promising country is Mongolia, which has adequate low grade coal and water supplies, and a clear internal market need for coal-to-liquid fuels. However, a key issue may be the financial requirements, which would be significant compared to national GDP and would have to cover the transportation infrastructure as well as the actual coal conversion plants. At present, Mongolia is seen as a risky investment option although these problems relate to coal production for export rather than coal utilisation opportunities. Elsewhere, Vietnam shows promise with one coal-to-chemicals plant under way, while underground coal gasification is being considered although developments are at an early stage. India should be seeking to establish coal gasification, possibly including underground coal gasification. However, the lack of positive policies and the use of ineffective state-run industries in the past to try and implement some initiatives have prevented any significant activity being established. There is some evidence that the situation might be changing with a few coal-to-chemicals projects starting to be developed by private companies. However, the enormous potential in India is very far from being realised.

In Eurasia, the most likely country to adopt coal conversion is the Ukraine, where there are very strong prospects for coal to synthetic natural gas as a means to enhance energy security, and the first project is being developed, being both led and financially underpinned by China. In Turkey, due to the extensive low grade coal available and the attractiveness of distributed power generation, there is considerable gasification based activity, including state-led research and development and several intended industrial projects involving Turkish stakeholders and international vendors.

Globally, the country that dominates coal gasification is China. It is a medium level developing country but also a very large industrialising nation, with fossil energy resources that are dominated by coal. It is also at a stage in its development cycle where there is an increasing need for the use of cleaner energies and their derivatives. Gasification based coal conversion via gasification offers a means by which it can reduce both its conventional (non-greenhouse gas) emissions as well as its need for imported oil and natural gas.

China has taken a global lead in establishing gasification technology to use coal as a feedstock for chemicals and fuels production. Its efforts first focused on the production of ammonia for fertiliser production and methanol either as a possible fuel or as an intermediate feedstock for materials such as di-methyl ether. This initiative continues to be important, and in particular there is a major drive to establish coal to synthetic natural gas processes while it seems possible that the scale-up of various coal-to-oil technologies may be about to move forward. However, equally importantly, there has been a move to apply coal gasification for the production of olefins as a means to establish higher value-added markets for plastics and fibres. Alongside these scale-up and new markets activities, there is a continuing assessment of other coal-to-chemicals techniques, with research and development of coal-to-glycol and coal-to-aromatics processes under way.

The Chinese experience continues to demonstrate the importance of the development and strong enforcement of supportive policies and regulations. That said, on a cautionary note, the ongoing disconnection between national plans for the coal conversion industry and the overambitious and unrealistic provincial government plans remains a major potential issue. While the central government has put in place various incentives to ensure national compliance, it remains to be seen how these important energy and environment initiatives will proceed in the near to medium term future. If the provincial governments are not controlled, there is a severe risk of output outstripping demand, leading to economic problems as well as posing environmental risks. China is also beginning to seek export opportunities for its own gasification technologies as well as establish a major engineering, procurement and construction role on overseas projects, where it has in some cases licensed technology from international suppliers. Indeed the role of China is likely to be critical in establishing coal conversion projects in certain developing countries. It can not only provide the technical expertise but also financially underpin such projects, including the associated infrastructure needs, which become a very competitive option. There may well be trade-offs in such activities as China seeks to establish a commercial technology presence while at the same time is keen to obtain overseas resources to support its national energy needs.

The full report ‘Challenges and opportunities for coal gasification in developing countries, CCC/225' by Dr Andrew Minchener, is available from the IEA CCC website: www.iea-coal.org.

Read the article online at: https://www.worldcoal.com/special-reports/05122013/report_on_coal_gasification_321/

ERG and NFC China are set to construct a 400 000 tpy special coke plant at Shubarkol Komir in Kazakhstan. 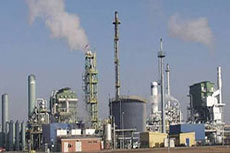 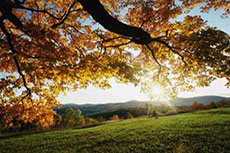 The US Department of Energy and the Carbon Sequestration Leadership Forum have both stressed the need to develop and invest in clean coal technologies.