Historically, coal has been an important feedstock for the production of chemicals requiring carbon-based raw materials but had been gradually displaced as the primary feedstock for the chemical industry by oil and gas through the course of the last century. However, in recent years, the volatility of oil and natural gas prices, as well as security of supply issues, have renewed interest in coal as a feedstock. Coal conversion is usually into one of three categories: power production, fuels and chemicals. The most significant uses of coal are in electricity generation, steel production, cement manufacturing and as a liquid fuel.

Coal can be converted to chemicals via carbonisation (the heating of coal in the absence of air in a coking oven, at temperatures ranging from about 900 – 1200°C), gasification followed by conversion of the synthesis gas (syngas) and liquefaction/hydrogenation.

Coal tar is a principal liquid product resulting from the carbonisation of coal. Coal tar, coal tar pitch and coal tar creosote are similar mixtures obtained from the distillation of coal tars. Coals tars are byproducts of the carbonisation of coal to produce coke and/or gas. They are complex combinations of poly aromatic hydrocarbons (PAHs), phenols, heterocyclic oxygen, sulphur and nitrogen compounds. Coal tar creosotes are distillation products of coal tar. They consist of aromatic hydrocarbons, anthracite, naphthalene and phenanthrene derivatives.

There are opportunities for new applications and markets for coal chemicals.

Coal gasification is a versatile and clean method of converting coal into hydrogen and other valuable products as well as electricity. Typically in modern gasifiers, coal is exposed to steam and carefully controlled amounts of air or oxygen under high temperatures and pressures. The molecules in coal break apart, initiating chemical reactions that produce synthesis gas (syngas), hydrogen, carbon monoxide and other gaseous compounds.

The products from coal gasification may be of low-, medium- or high-heat (Btu) content, depending on the process, as well as the ultimate use of the gas. In 2012, the majority of syngas used worldwide was for the production of chemicals, liquid fuels and power generation. The majority of planned gasifiers (~40%) are for chemical production and liquid/motor fuels (~29%), power generation (~22%) and gaseous fuels (~9%). The feedstock for gasification is derived as follows:

Of the total syngas produced from coal, 49% is used for FT (Fischer-Tropsch) liquids, 32% for chemicals, 11% for power generation and 8% for gaseous fuels.

Concerns over supply security and the price of oil have led to a renewed interest in coal for the production of transport fuels and chemicals. Historically, the coal-to-liquids (CTL) process has been used to convert coal into a substitute for liquid fuels in countries with little or no secure supply of petroleum, such as South Africa.

A number of products can be developed using CTL processes: ultra-clean petroleum and diesel, as well as synthetic waxes, lubricants, chemical feedstocks and alternative liquid fuels such as methanol and dimethyl ether (DME).

A number of factors drive the use of coal as feedstock for chemical production:

The economics of non-fuel uses of coal depends on the price spread of the competing fuels and availability of coal. Materials and chemicals from coal are important, practical and profitable products, especially in countries with little or no oil and/or gas resources. So there is growing interest and R&D in this sector for coal utilisation.

Read the article online at: https://www.worldcoal.com/special-reports/01072014/what_else_is_coal_used_for_coal_coal1040/ 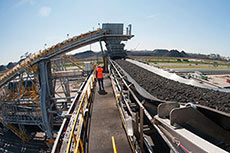 A new report from the IEA Clean Coal Centre asks what the status of modern coal sampling and analysis is and explains why it is important?

A new report from the IEA Clean Coal Centre examines some of the issues around the sustainability of biomass cofiring.