Mineral Separation Technologies has launched the DriJet 100, which is able to separate coal and ash without using water or chemicals. The technology uses x-rays to identify the atomic weight of coal particles and air jets to separate coal from ash. It has been field-tested and is now available to coal companies in the US.

The introduction of the DriJet 100 follows the recent chemical spill on the Elk River in Charleston, West Virginia, when a liquid used for separating coal leaked from a storage containment tank into the river. The spill endangered more than 300,000 West Virginia residents.

"DriJet technology has many valuable practical applications. Perhaps the most important one is that it eliminates the possibility of a chemical spill, such as the one that happened recently in Charleston," said Charles D. Roos, CEO of Mineral Separation Technologies.

"We remove the ash right at the mine face. Our technology means fewer coal trucks on the road and less coal waste in impoundments," Roos said. "It cuts the cost from mine to market. And it is much better for the environment than processes now in use."

Read the article online at: https://www.worldcoal.com/product-news/24032014/mineral_separation_technologies_launches_drijet_100_technology_product_news27/

Coal Prep International 2014 has announced the keynote speakers for this year’s event. 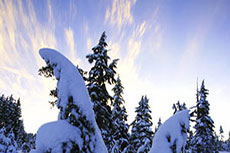 The construction of a clean coal plant in Oklahoma has been disrupted by adverse weather conditions.