Continuing development from the large ALLU M series material processing buckets for mining and process industries released in 2014, ALLU has launched the larger ALLU G Series for very big excavators in material processing and mining. The aim of the new G series is to streamline the customer processes, reducing costs. 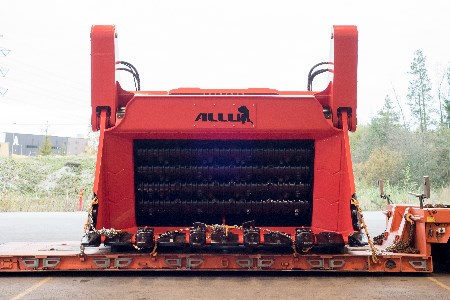 The first model released in the G Series is the ALLU G 4-32F, which is designed to be mounted on 300 t front shovel mining excavators.

Instead of just using the excavator to load ore containing large quantities of waste rock onto dump trucks, the ALLU G 4-32F allows the excavator to screen the ore, while loading at the same time. In many mining operations, this unique, makes it possible to leave the majority of waste rock found in the ore at its original location, reducing the amount of material to be transported. This results in large savings in fuel costs, equipment wear and maintenance costs. It also provides environmental benefits.

As with the ALLU M Series, the ALLU G Series is also equipped with the ALLU DARE data reporting system, which enables remote monitoring of the equipment condition and material processing performance via a mobile uplink.

Read the article online at: https://www.worldcoal.com/product-news/07102016/the-monster-allus-new-g-series-material-processing-bucket/