EDF Energy has announced that it may close two huge coal-fired power plants in Britain by the end of 2023, as the company decides whether to invest in technology to allow the stations to comply with new European pollution regulations.

EDF must decide whether to install technology to reduce emissions at its 200 MW Cottam and West Burton A coal-fired power plants by 1st January 2016.

If the company decides to install clean technology, the plants would be able to operate beyond the end of 2023.

The EU Industrial Emissions Directive, which will come into force in 2016, imposes limits on emissions of greenhouse gases and tightens existing legislation.

"EDF Energy continues to explore various options to address the commercial, technical, environmental and regulatory challenges that legislation presents for existing coal powers stations after 2016”, the company said in a statement.

SSE and RWE npower have already decided to close some plants by the end of 2023. 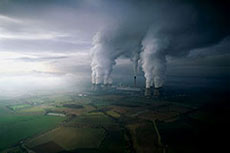 German utility company RWE has been hit by a slump in profits, leading to a write-down of €3.3 billion.