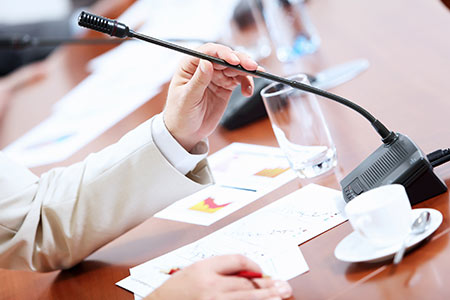 “We believe fuel cell carbon capture is a central part of the discussion when talking about solutions for enhancing the use of coal because the benefits are industry-changing from an environmental, economic and energy standpoint,” said Tony Leo, Vice President Advanced Applications & Technology Development, FuelCell Energy. “The conversations that took place at this meeting were encouraging as the awareness, support and need for solutions to facilitate cleaner coal continue to grow.”

Mr. Leo’s presentation focused on FuelCell Energy’s scalable and affordable carbon capture solution, which captures carbon emissions from existing coal or gas-fired power plants, while simultaneously producing power.  FuelCell Energy is currently engineering the first megawatt-scale system using the technology, in a DOE-supported program that will demonstrate capture of 90% of the CO2 in a slipstream of the exhaust at a coal power plant, the Southern Company/Alabama Power James M Barry power station in Alabama.  While the DOE programme focuses on carbon capture from coal-based sources, FuelCell Energy and ExxonMobil are collaborating in a joint development program to also optimise the system for CO2 capture from natural gas sources. In addition, Cenovus and Alberta Innovates are working with FuelCell Energy to evaluate the use of this solution for carbon capture in Canadian oil sands extraction and upgrading operations.

In his opening address, US Secretary of Energy Rick Perry suggested the need for clean technologies to support the coal industry, stating “The world has changed, and coal has to change as well. As you know, the Department of Energy is working to develop innovative and cost-effective technologies that not only can make coal cleaner and more efficient, but it can help support economic growth, energy security, and American leadership in global technology.”

Using fuel cells to capture carbon dioxide from natural gas or coal-fired power plants results in reduced emissions and increased power generation. In the carbon capture context, power plant exhaust is directed to the fuel cell, replacing air that is normally used in combination with natural gas during the fuel cell power generation process. As the fuel cell generates power, the carbon dioxide becomes more concentrated, allowing it to be more easily and affordably captured from the cell’s exhaust and stored.  This carbon concentration occurs during the regular fuel cell power generation process so power is generated from the fuel cells, providing a source of revenue.  Additionally, approximately 70% of the smog producing nitrogen oxide (NOx) in the coal flue gas is destroyed by the fuel cells.  Click here to learn more.

Read the article online at: https://www.worldcoal.com/power/25042017/fuelcell-energy-supports-clean-coal-conversation-at-the-national-coal-councils-spring-meeting/